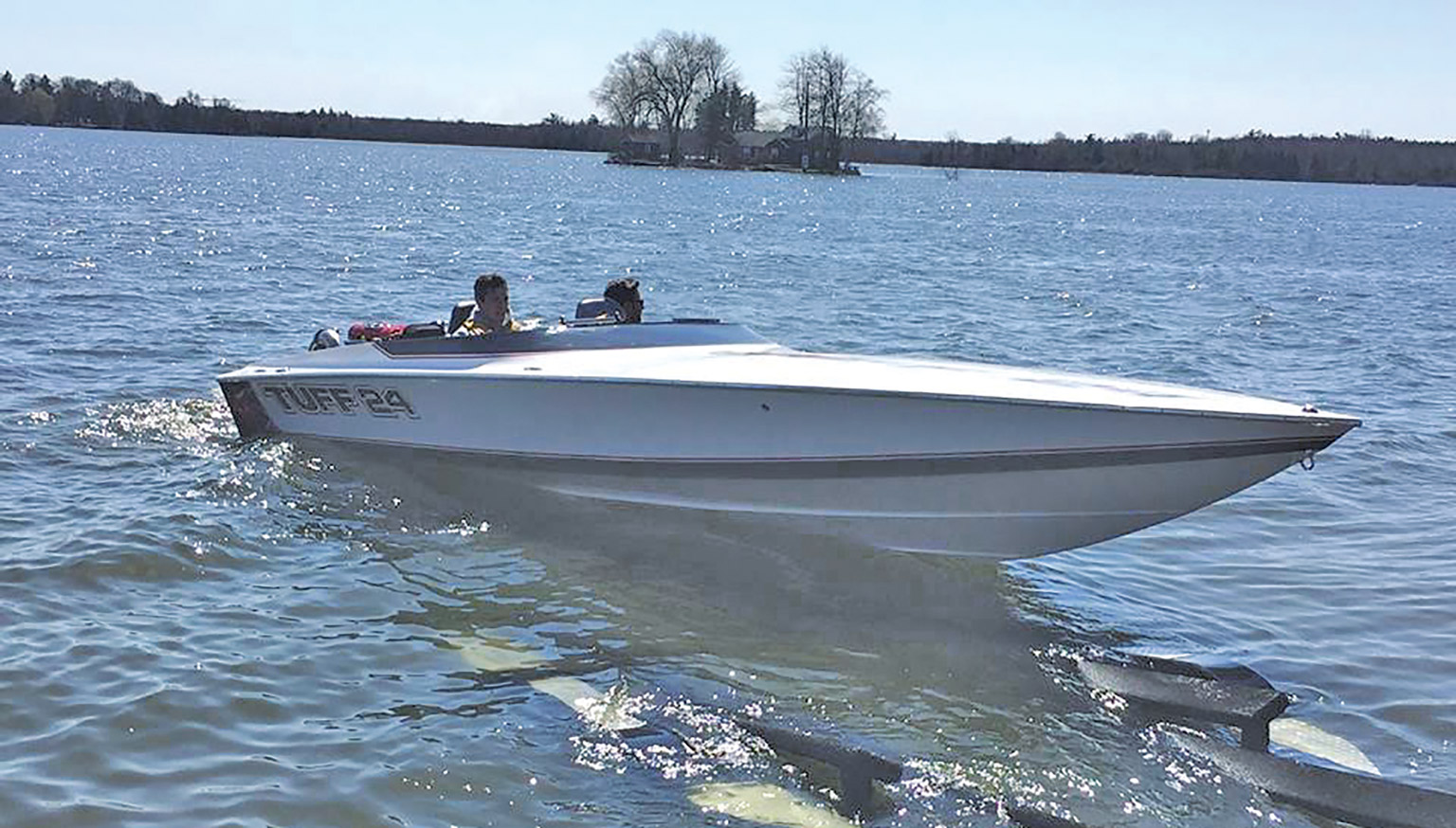 Tuff Marine president Mark Weigl had some numbers in mind when he headed out on the water to test the new Tuff 24 powered by an Ilmor Marine 570 with an IMCO SCX drive. Then he actually took a ride in the boat.
“You know how you plan a project and you calculate the numbers, but secretly you hope for more?” he asked. “Well it was faster than I had hoped for.” 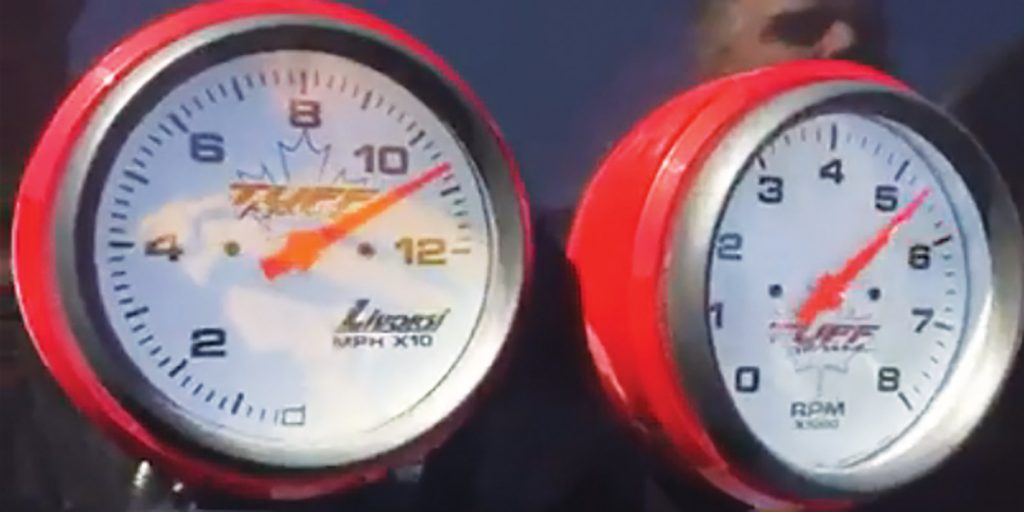 With the 454-cubic-inch engine running on the rev limiter, the Tuff 24 ran 108 mph. That’s faster than the Tuff 21 ran on the same power. The smaller boat’s engine was also hitting the rev limiter, but with the same motor, the Tuff 21 topped out at 104 mph.
Basically, the boats weigh the same, but Weigl said the Tuff 24 is an evolution of the 21, explaining that he looked more closely at saving weight and increasing efficiency with the newer boat.
“From the start, whatever power we ran on the 21, we wanted to make the 24 more efficient,” said Weigl. He talked to Douglas Marine president Peter Hledin about building a Tuff boat out of carbon. Hledin said that Weigl didn’t need to. Instead he told him to thoroughly detailed look at the weight of his boats. Weigl took the sage builder’s advice and he significantly reduced the weight of the Tuff 24.
“All the wastefulness, all the sloppiness that we’ve done for years is gone” said Weigl. “Look at the transom shape of the 24. I took a third of it away by angling it.” The boat is built with vinylester resin and constructed with infusion technology.
Additionally, the drive on the Tuff 24 is ½” higher than on the 21 and the pad in the running surface is a two-stage version on the new boat. The pad measures 10” at its widest point. In addition to the four full-length lifting strakes, the 24’ model has small strakes on each side of the pad that help the boat transition to the running surface at high speed. The Tuff 24 is 24’ long with a 7’ beam while the 21-footer is 7’6” wide. That gives the 24 a better aspect ratio because it parts the air more cleanly, Weigl explained.
The latest Tuff 24 is about 90 percent complete. Weigl still needs to finish the engine hatch, but he likes to shape and contour it to the boat and the engine needed to be installed at the proper height for that to happen. The owner of the boat ordered it sight unseen after his older Donzi came up a little short in some match races on Canada’s Lake Muskoka. Some friends told the gentleman to go see Weigl. When the buyer stopped by the Tuff Marine shop, Weigl described the encounter. “I told him I’m working on a new project. I didn’t even have a drawing to show him and he said, ‘OK fine.’” Just like that the order was placed.
The Tuff 24 has an estimated price of about $150,000 CAD with the Ilmor powerplant. The cockpit configuration has two bucket seats up front with a three-person rear bench. The engine hatch is hard rather than padded. Weigl said the outboard version runs 94 mph with an Evinrude E-TEC G2 250 H.O. and that reaching the century mark will be a matter of getting the prop right. He’ll have a number in mind, but don’t be surprised if the boat exceeds that mark.