My Way sets Speed Record in the Islands 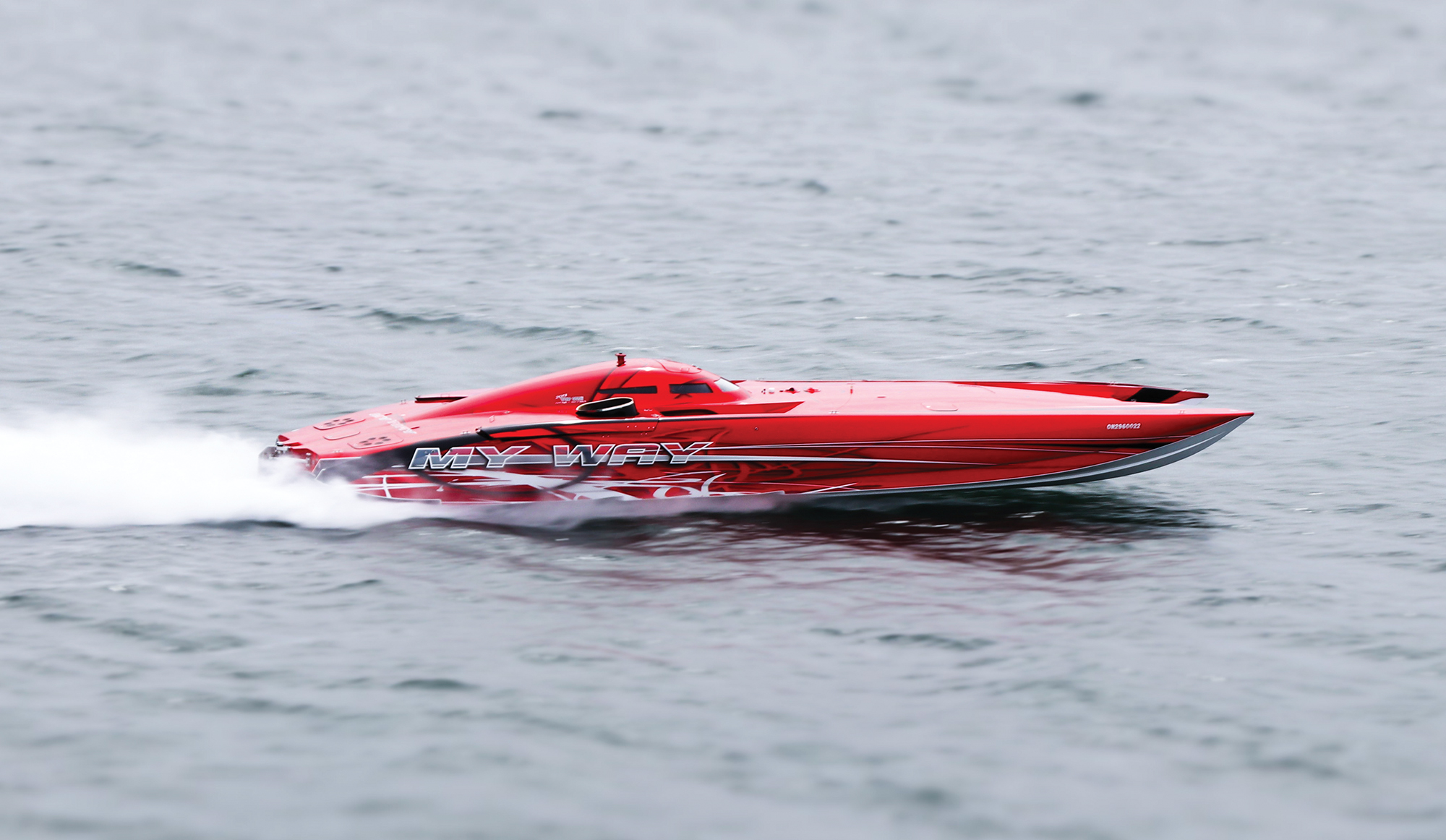 Over the past many years, Poker Runs America has run official kilo speed records for family boats, center consoles and poker run boats in the past.  The events were staged on the slippery and fast waters of the famous Pamilco River, home of Fountain Powerboats and the legendary Reggie Fountain.

Those records were officially documented by Poker Runs America Magazine and the APRA sanctioning body, which included Sonny Hawkins (also an APBA official) from Tiger Performance; William Beccaro, Attorney at Law; Reggie Fountain and Brian Ross of Snap-On Tools, among other APBA officials.

This year on September 7-9, Poker Runs America was pleased to bring the speed trial concept back, and the original home of the 1000 Islands Poker Run was deemed to be a fitting venue for the trials. (Click here to read about the Poker Run that happened Saturday September 8, 2018)

“We wanted to do something special in the Islands,” explained President of Poker Runs America, Bill Taylor. “We’ve run more than 60 events in the 1000 Islands region over the past 30 years on both the U.S. and Canadian sides without a hiccup, and we wanted to bring a new dimension to the poker run experience. I think we achieved that with this concept: Poker Run Saturday, Race on Sunday.”

Unfortunately, the weekend of the speed trials weather proved to be less than ideal for speed runs.  With high winds and three-foot chop, Poker Runs America had to slightly alter the route and participants weren’t able to go full-throttle, having to back off a little in order for the event to remain safe.

Despite the unseasonably low temperatures and high winds, the weekend was an absolutely resounding success. Thousands of spectators lined the shores to watch the “run what you brung” speed trial event on Sunday as well as the poker run the day before.

The day kicked off with Doug “Fast Man” Slingsby in the 30’ Spectre, Slinger Motorsports. Slingsby has been boating in the 1000 Islands region for many years and is a regular sight at Poker Runs America events. Slingsby is also an avid motocross racer, having won several championships in the sport.  Powered by twin Mercury 300’s, Slingsby hit a top speed of 82.6 MPH.

Next up was Colin Brown in his 25’ Sunsation, powered by a single 550 horsepower Mercury.  Brown is a local of the town of Gananoque, the son of well-known entrepreneur and hotel owner, Jeff Brown who runs the Travelodge, Holiday Inn Express and the Comfort Inn where participants of Saturday’s poker run spent the evening.  Brown stamped a speed of 56 MPH in his white and purple Sunsation.

Then it was Neil Parson’s chance to stake his claim of the St. Lawrence. Parson helped tremendously in the organization of this event and was integral in bringing the event back to where it all began in Gananoque, Ontario. Before you knew it, Parson lit up his 30’ Baja, Bazinga!, powered by twin Mercury 454’s, and hit a remarkable 75.4 MPH.  Setting a high bar for future Baja owners to challenge next season

Next was the 2007 43’ Donzi, fitted with number 6 outdrives and a pair of recently revamped 1075 SC motors. Marc Davis set a speed of 100.6 MPH. This is far from the limit of the Davis’ Donzi, the three-foot chop hindered them tremendously, meaning they couldn’t unleash all of their horses on the St. Lawrence. The Davis’ always consider safety first over speed.

After the first round of competitors attacked the St. Lawrence, a slight break was required.  It was most important to comply with the all of the other traffic on the river and keep all participants safe. The trials were halted until the ferries and other commercial traffic had passed. The crowds on the water were exceptionally high, but thanks to our volunteers and marshal boats, everyone was kept safe.

As soon as the coast was clear, well known poker runner Richard Gerth pulled his 42’ Outerlimits up to the starting line. You could see the anticipation in his eyes from a mile away. Powered by twin 700 Mercury’s Gerth made his mark on the St. Lawrence with a blistering speed of 105.6 MPH.

Another familiar face in the 1000 Islands region and Poker Run Hall of Famer, Brian McIntyre, brought his 38’ Fountain to the starting line. After running full throttle all day Saturday in the poker run, he once again fired up his twin Mercury Racing 700s and, despite the wind and three-foot chop, reached a speed of 103.1 MPH.

Not long after, veterans and poker run hall of fame members Brian and Janet Lundy lined up on the starting grid with their all-new wide body 36’ Doug Wright powered by twin Mercury racing engines.  The husband and wife team are no stranger to shootouts, having participated in the first Poker Runs America shootout held at the Fountain factory in North Carolina. Within seconds this new wide body Doug Wright was on plane, powering into the strong winds, slicing through the waters like a hot carving knife through butter, the Lundy’s were able to achieve a speed of 108.1 MPH.

Over the past years, the crowds that have lined the shores of the 1000 Islands have always strained their neck to catch a glimpse of the Tomlinson’s turbine-powered beast or Gregg Rosen’s turbine race-ready Aqua-Mania.  Walking the docks you could always hear the spectators talking about the turbine powered beasts and the ultimate question: “Who is faster?”  Finally, the crowds were to get an answer this year.

It was time for the main event, as Bill Tomlinson and Ken Kehoe took the 50’ twin-turbine powered Mystic catamaran known as My Way to the start line.

With Kehoe on the throttles and Tomlinson on the wheel they fired up the screaming twin Lycoming T-55 turbine beast, producing a total of 6,000hp. Capable of running in excess of 200mph, Kehoe and Tomlinson are former Lake of the Ozarks Shootout Top Guns, with a speed of 224 mph in 2013. The pair put a final seal on the speed trials with an absolutely staggering run of 197 MPH, setting the first ever speed record in the island and securing their place as the fastest boat in the region.

“Aquamania unfortunately suffered mechanical issues and were unable to participate in the shootout,” said Taylor. “We were extremely happy to see them participate in the poker run on Saturday, their 52’ turbine powered orange MTI is always a sight to behold on the St. Lawrence.”

Taylor says the speed trials will be recurring, and next year, the invite will be opened to more participants.