Save the Lachine Marina Works to Protect Historic Site

Save the Lachine Marina Works to Protect Historic Site Oct 1, 2020 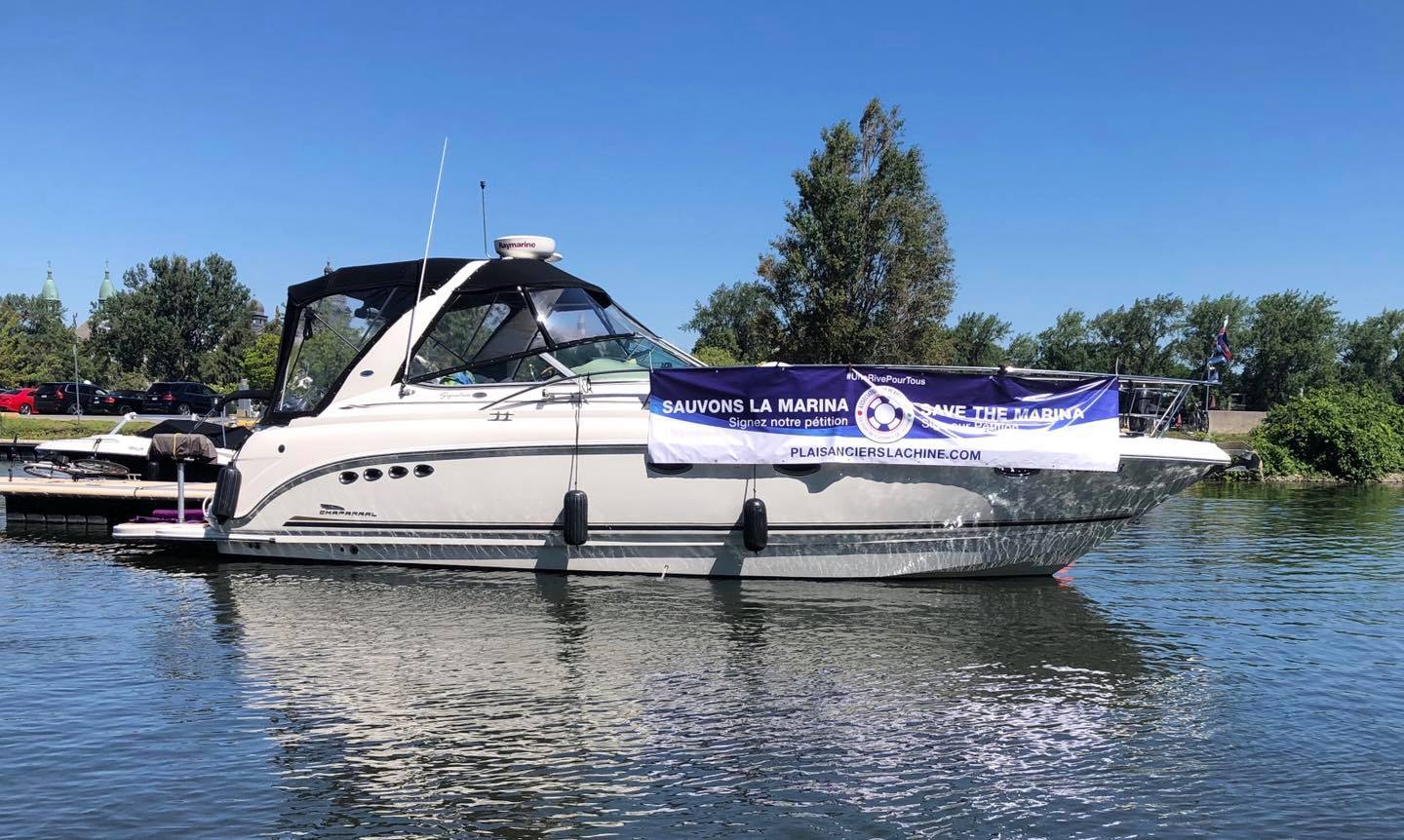 What can a century look like? For nations, a hundred years may include chaos and elections, prosperity and conflict. For a single person, celebrating a 100th milestone is just that: a milestone of longevity and, one hopes, a fulfilling lifetime of memories. What about a marina? How many boaters come and go within a century of time, and how many technological changes does one see? Think of the families with countless hours on the water or the children who, growing up in a passionate boating household, raise boating children in-turn. Certainly, a hundred years will see all these marina moments and more. As Montréal’s Lachine Marina approaches its centennial year, however, the site has become destined for changes which many residents find concerning. These changes, in fact, have prompted a group of boaters to create an association to “Save the Marina” and defend their beloved location.

Officially known as Sauvons la Marina de Lachine, volunteer group Save the Marina has been busy of late. They’ve attended the 2020 Montréal In-Water Boat Show at Vieux-Port de Montréal (see story below) to collect over 14,000 signatures and speak with the public. They’ve hosted a march to city hall and an all-day rally. They’ve also created their own Facebook Page (“Sauvons La Marina de Lachine”) to raise awareness about Lachine Marina. These efforts, as we learned, are in response to political party Projet Montréal’s plans to turn Lachine Marina into a park.

We spoke with Martine Rochon, Vice President, Administration of the Lachine Boaters Association, who also acts as English Spokesperson. Rochon spoke ardently about Lachine Marina and boating as a past time.

“Boating is a passion, it’s a hobby, you make choices in life,” Rochon said. Such choices include banding together to save the largest marina in Québec; with roughly 450 slips for family boaters and several more for visitors, Lachine caters to boaters from across northeastern Canada, Ontario, and the United States. It’s the gateway, in essence, to the Saint Lawrence River and the city’s Old Port which in turn link all the way to Richelieu River and Québec City. As with all storied cities by the water, Montréal is indebted to its waterways for economic stability – the marinas, of course, are significant pieces to this story.

Imagine, then, Rochon and colleagues’ surprise when they received a letter on July 8th of this year from the City of Montréal. No, the missive was not regarding temporary COVID-19 shutdowns: it was an actual eviction note informing the readers that Lachine Marina would be transformed into a wetland park with kayaking and canoeing spaces. Projet Montréal, Rochon explains, believes the marina to be a pollutant and an environmental nuisance; other general public concerns suggest that Lachine water bank erosion has been caused by boat activity.

Rochon, however, speaks for the movement when she says that the marina is a no-wake zone and, as a result, has not contributed to bank erosion. The marina already shares the space with kayaks and canoes, she continues, and the image of extremely affluent figures treating Lachine like an amusement park is simply not true.

“We’re not polluters, we’re not millionaires. Some people’s boats are cheaper than their cars,” Rochon said.

With seven kilometres of riverside open to the public in Lachine – the only suburb with such accessible waterways in all of the City of Montréal – the Association thinks there is room for compromise. They presented Projet Montréal with a shared space solution dubbed the Marina-Park Project during a virtual meeting on August 4th. The plan included boat ramps, wetlands, and kayak activities. In response, the political party thanked the Association for their proposal but planned to proceed regardless.

Rochon and the Association, however, are not giving up. They want people to continue to listen and to be open to sitting down, discussing the ideas, and finding ways forward as an inclusive community. Rochon is quick to point out that Lachine Marina, too, is environmentally friendly.

“What we are truly hoping for is a democratic ecological transition within our boating community… on the rendering for our proposed marina-park project, from the architectural firm Lemay Michaud… there is indeed a planned space to welcome hybrid and electric boats in the future,” said Rochon.

With the support of Montréal and beyond, Lachine may yet keep its anchor in the water for another century to come.