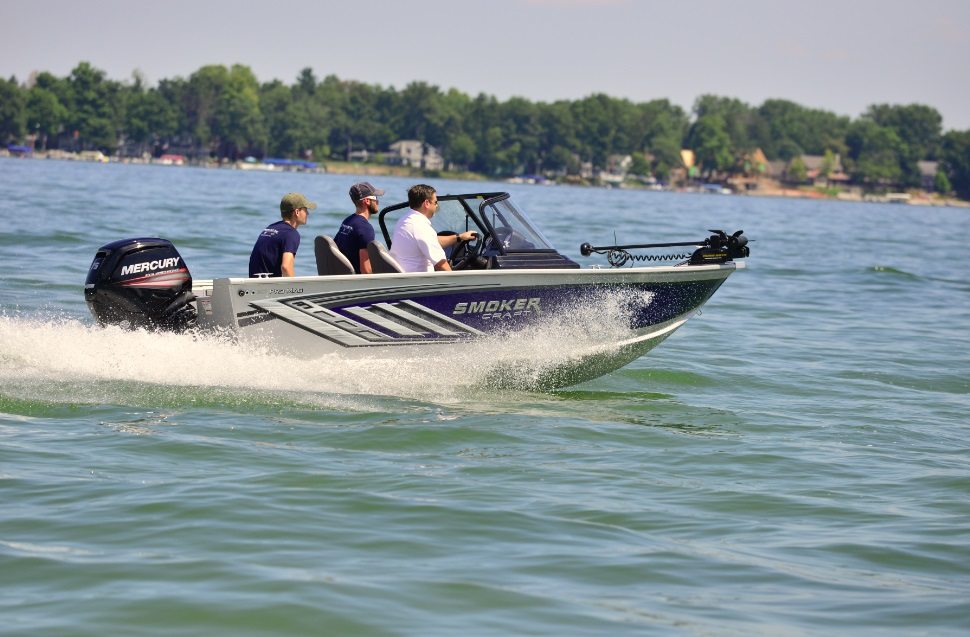 If there is such a thing as the quintessential Canadian fishing boat, then the 16-foot aluminum V-hull must surely be it. Enjoyed and loved by anglers all across Canada, the 16-foot aluminum V-hull offers just the right balance between being big enough to accommodate the crew and handle a bit of rough water, yet light enough to be easily towed by a mid-sized vehicle, compact enough to fit in a typical garage, and easy to launch at boat ramps in poor shape, or where there are no ramps at all. And best of all, it does all this without requiring a second mortgage on the house.
Among the 16-foot V-hulls that dot Canadian lakes and rivers, an overwhelming number of them are built by Smoker Craft, and it’s easy to see why. The company began building its aluminum V-hulls in 1963, at a time when most boats were still made entirely from wood. Their strong, lightweight, maintenance-free aluminum boats not only did the job better than wooden boats did, but also offered much greater durability and longer life. This exceptional value earned Smoker Craft a loyal following right across the country. It’s a level of loyalty that grows every year on the strength of the company’s heritage of constant innovation.
Nowhere is this commitment to continuous improvement more evident today than on the all-new 2017 Pro Mag series. Available in 16-, 17- and 18-foot models with a choice of single or dual console designs, the Pro Mag represents the top of the Smoker Craft lineup. Here in Canada, the 16-foot, dual console 162 model is going to win a lot of friends, being the right size and with the full walk-through windshield that provides so much added comfort when boating early or late in the season.
As you approach it at the dock, the 162 Pro Mag looks very much like so many other 16-foot aluminum 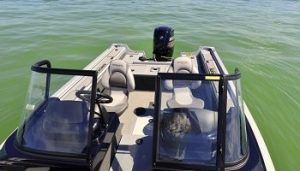