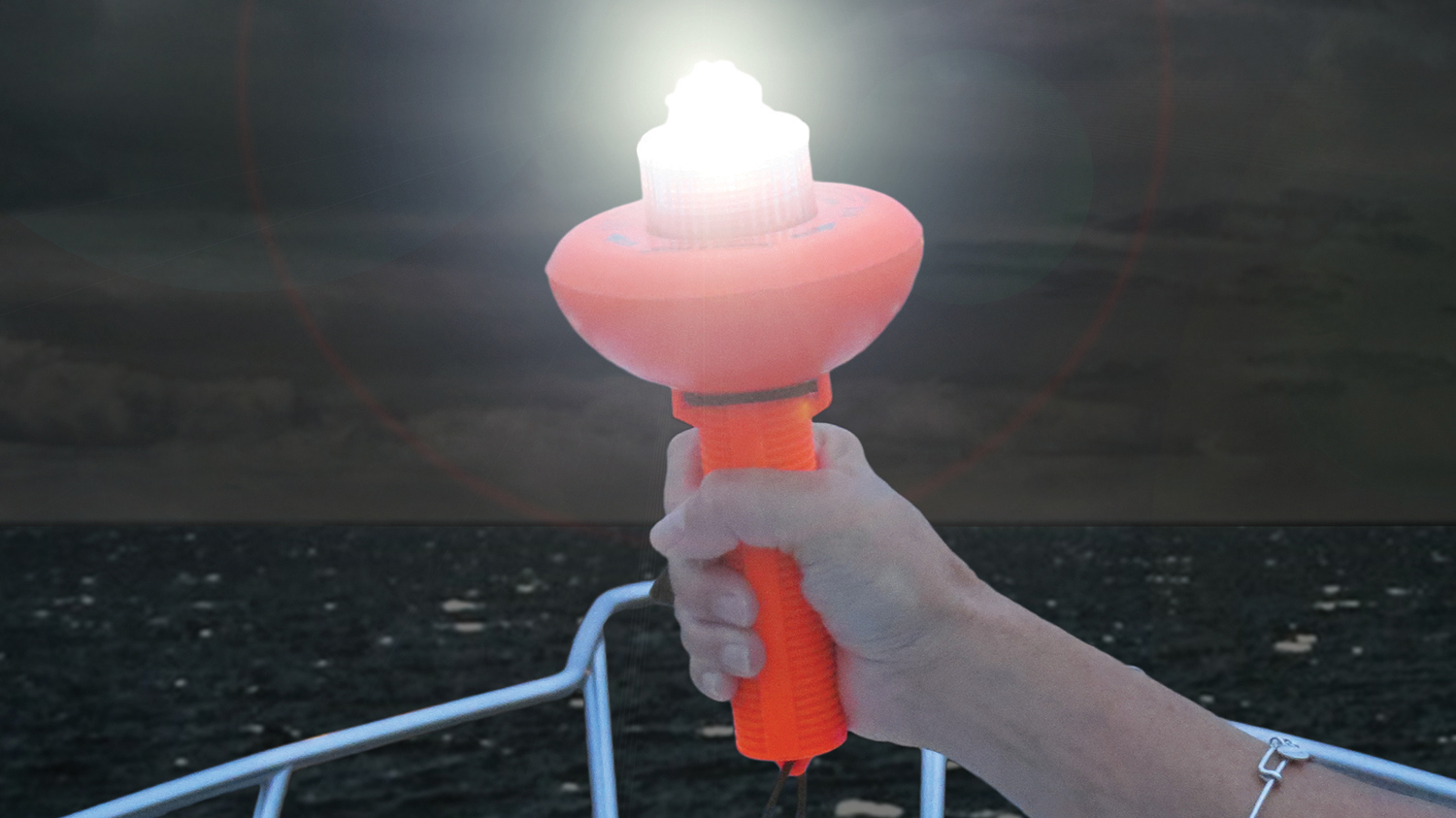 Want to start an argument on the dock? Ask a pleasure craft operator what they think of having to carry flares on board their boat. From the cost to purchase, to the four-year expiry date, to the expressions of confusion about how to use them, and what to do with all the old expired flares that are piled up in the bottom of the locker, you will no doubt get an earful.
While flares have been great to have when they are needed, perhaps modern LED technology has overtaken the need and usefulness of flares, not to mention the expense and disposal issues.
Perhaps it’s time that Transport Canada helped you pitch the pyrotechnics on board your boat.

Last year, the United States Coast Guard approved a new electronic flare. An emergency signaling device that can be carried in place of flares on a pleasure craft in the United States. Manufactured and distributed by Weems & Plath the SOS Distress Light is a battery operated LED Marine Flare that flashes SOS and is visible for up to 10 miles for about six hours.
This particular device received a Canadian Safe Boating Council Award (CASBA) this year for the best new safety product at the awards ceremony in Toronto in January. Carried with a distress flag, the US Coast Guard approved it for day use and it was approved for night use on its own.

Other manufacturers are following up with their own devices and soon there may be even more available to boaters who want safety but don’t want explosives on board their boat.
Flares have been in use for distress purposes since the mid-1800s. The bright light produced by the discharge of a flare would signal a vessel in trouble. They have worked well, but they have a limited exposure time and in many instances, they were discharged before anyone could really react.In most
In most cases, however, flares are purchased, end up in a locker, and are never used. In the wet marine environment, it is difficult to keep them dry and easily accessible.
And disposal is another matter. One illegally dumped flare can contaminate 900,000 litres of water. Old flares collected in the boat can be dangerous. And it is not often easy to find a safe disposal site. It is estimated that some seven million flares expire each year and less than ten percent are disposed of properly.
In many cases, flares remain on board and move to a new owner when a boat is sold.
The electronic flares developed for the US market have many advantages over traditional flares. The intense white light produced by the electronic flare is visible for 10 miles and it runs on three alkaline batteries that can be checked and replaced as required.
This also means with extra batteries on board, the SOS light can last much longer than six hours. According to the manufacturer, the light is activated with a simple twist, it floats on the water, and it is submersible if it happens to end up in the water with you. Not something you can do with flares, let alone trying to light them in the water.

These eco-friendly electronic flares are non-toxic and use rechargeable batteries, after the initial cost, operating and maintenance charges are low.
So far Transport Canada has not made any move to replace the traditional pyrotechnic devices. According to Peter Trogden, President of Weems & Plath, discussions with Transport Canada officials have not yielded results and he is not immediately hopeful. However, a solution may be on the way.
Member of Parliament Gord Brown from Leeds-Grenville–Thousand Islands and Rideau Lakes, and a boater himself, is about to introduce a Motion in the House of Commons to study the issue of replacements for pyrotechnic devices.
Brown’s riding borders the 1000 Islands and encompasses a large portion of the Rideau Canal both areas in which there are a large number of pleasure boats. “An eco-friendly solution that lasts longer than flares and doesn’t require such careful handling in an emergency, just seems logical for pleasure craft,” says Brown.
His motion, that will be introduced either in June or early in the fall sitting, would call on the Transport committee to study the issue and report back to the House. If nothing else, it will shine a light on the possibilities that technology is bringing to emergency safety on the water.