Don’t swamp the shoreline: How boaters can help our island-nesting birds May 5, 2022 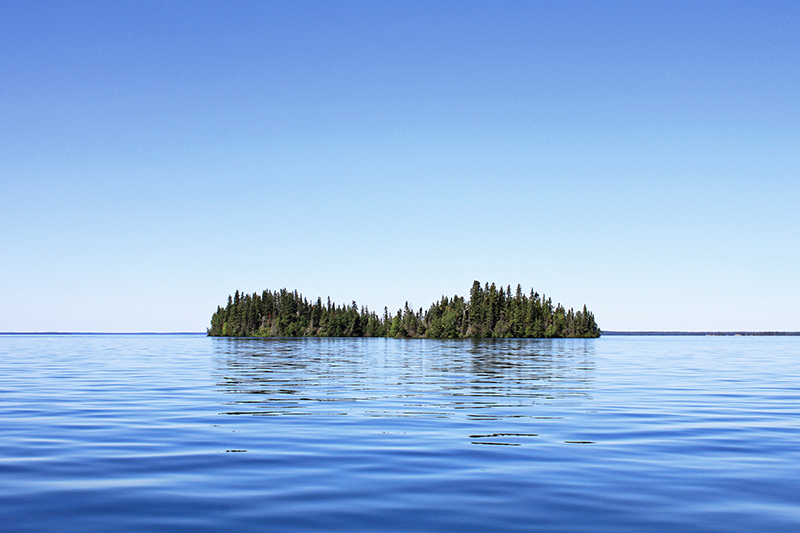 From the rugged coastlines of the east, west and north, to the myriad lakes within Canada, we are blessed with an abundance of water in this country.

Along those coasts and within those lakes are countless islands ranging in size from a rock mound emerging from the water, to large, forested tracts of land, and indeed, one of our fair provinces in the Maritimes. While some fortunate Canadians get to call a few of these islands home, most islands are wild places and only see the occasional visitor, if any.

Islands: safe outposts for (some) wildlife

The best way to explore these islands is by boat and most boaters, like myself, find the mystique of islands attractive. In fact, aside from small rodents, many of these islands don’t have populations of terrestrial mammals on them. One of the concepts of island biogeography is that the smaller the island and the further away from the shores of a mainland, the fewer species are found on it.

Other than humans, mammals don’t have the benefit of building a boat to reach these islands and few are willing to swim out to them unless they’re an otter, beaver, mink or muskrat. Some animals will get to islands in the winter when they can cross ice, but won’t stay if there isn’t enough food. Mammals like moose will swim a short distance out to small islands to have their calves, because there is less chance that predators like wolves, coyotes and bears would find them there.

Moose aren’t the only animals that have figured out that it’s safer having young on an island. In fact, birds are the “master islanders” and float planes of the animal world, since it’s much easier reaching an island when you have wings and can land on water. This is the key reason that you’re likely to see birds nesting on islands in those lakes or along the coasts.

Birds have recognized that nesting on islands allows them to get away from mammalian predators that would happily eat their eggs or nesting females. The other reason that many bird species are abundant on islands is because several of them are waterbirds and feed on the plants, insects, fish and amphibians in the surrounding waterbodies.

Many of these island nesting birds are social species that find safety in numbers and benefit from nesting together in colonies. The obvious colonial-nesting species, like gulls, herons and pelicans, have conspicuous nest sites and don’t make for the most pleasant places to visit because of the noise, and the smell of their guano. Some species can be downright ornery and will dive bomb intruders; researchers have required hard hats while working in tern colonies to avoid getting gashes on their scalps.

Wandering into a colony of nesting birds that isn’t used to seeing large mammals can cause chaos and make the young abandon the nest and run into the water where they likely won’t survive, or cause other birds to snatch up unprotected eggs when the adults fly off. For these reasons, active nesting colonies are best left alone and appreciated from a distance.

There are also some things to consider as boaters about those solo island-nesting birds. The iconic common loon gracing our one-dollar coin is also primarily an island nester. But their nests are tough to spot: they don’t advertise them and tend to slink away into the water well in advance of an approaching boater or predator.

Loons are one of a few species that are more at home in the water than in the air or on land. They have long, narrow wings that require them to take running (paddling) starts into the wind to take off, unlike a duck that can take off almost straight up. Their feet are also at the very back of their bodies, which is great for propelling them underwater as they chase fish but makes it awkward for them to walk on land. Indeed, where they nest on islands tends to be right at the edge of the water next to deep drop offs so they can approach their nests from underwater to avoid being followed.

Loons lay their one or two eggs in their ground nest found on the parts of islands that tend to be protected from wind and the waves caused by wind that can swamp their nests and kill the eggs. But, since they didn’t evolve in a world with powerboats, these nest sites are not necessarily protected from the waves caused by boats. Indeed, boating on lakes is one of the main reasons for destroyed nests and the eventual disappearance of loons on those lakes.

How boaters can help our island nesting birds

Loons and other island nesting birds tend to lay their eggs in May or June and raise their young into July or early August. At that point, most young are independent and less impacted by boaters. So, if you’re keen on exploring uninhabited islands, please be mindful of the other potential inhabitants that seek out those islands as safe places to raise their young. And, when out boating, consider giving islands a wide berth when passing by during that nesting season to prevent swamping the shoreline – it’ll pay dividends through the serenading songs so distinctive of Canada’s wilderness that make our lakes so majestic.

Garmin reminds boaters to stay safe on the water