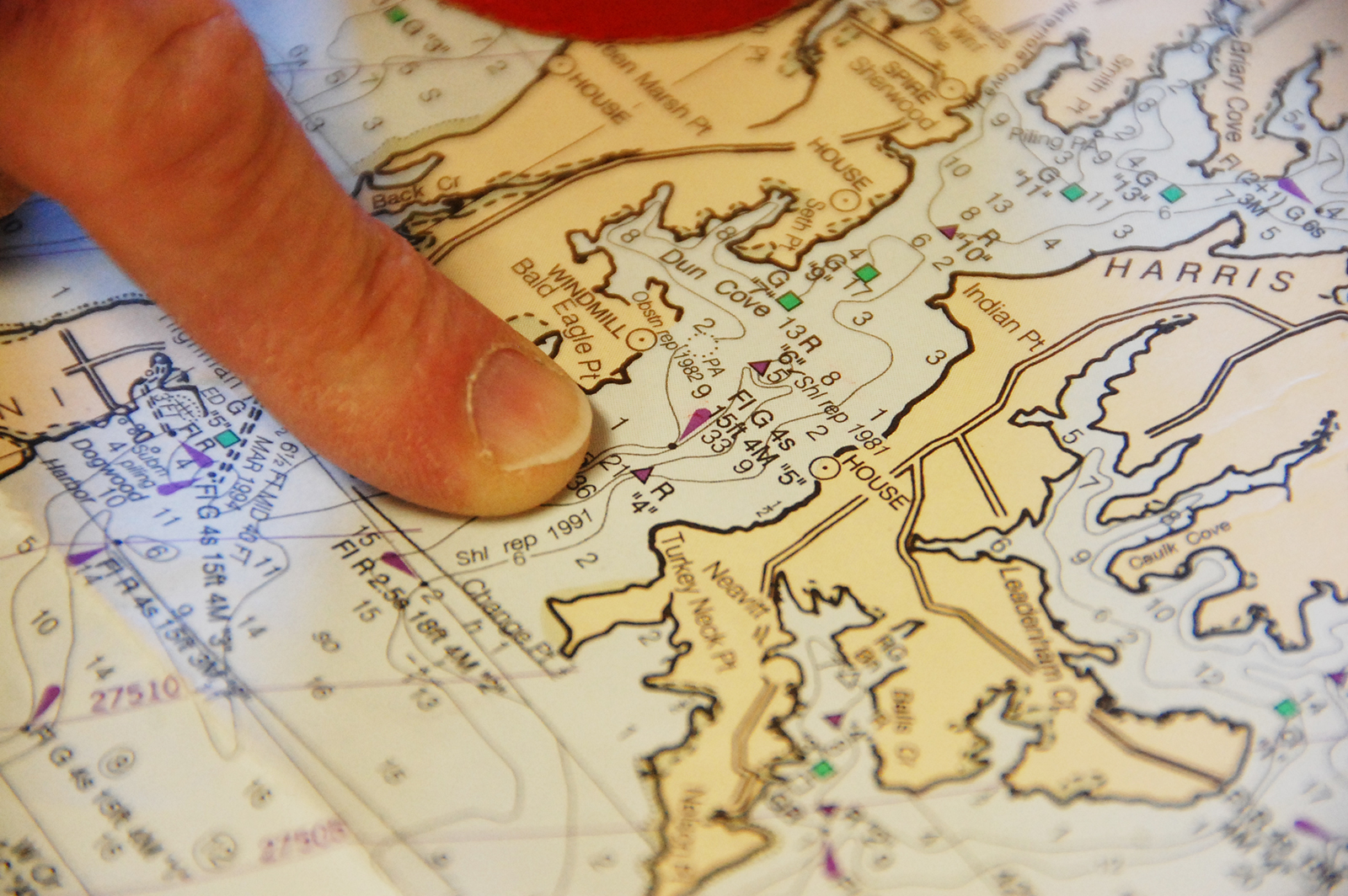 Paying attention to your location

Have you ever been driving in your car and realized that you aren’t really paying attention and may have even forgotten exactly where you are? If you are honest, the answer is a firm “Yes.”

It is entirely likely that you have experienced that very same situation on your boat.

You are cruising along enjoying the day with on-board family and friends and not really paying attention to precisely where you are located. If there was an emergency situation and you had to leave the boat quickly, between getting everyone into safety gear and making sure they got off the boat safely, and then making an emergency call on your radio or telephone, you may not have time to figure out exactly where you are located.

You may know roughly where you are, but you could be off by enough distance to make a search effort time consuming and critically dangerous if someone is injured or in danger from such hazards as hypothermia.

You hear it occasionally if you listen to your marine radio, someone is sending a Mayday or a PanPan and they are unable to give their exact location. They describe where they were going and when they last made a mental note of their location, but they can’t say exactly where on their route they are now in trouble.

Situational awareness is something the safest motorcycle operators know about and practice every time they mount their bikes. They are constantly scanning well ahead, behind, and to both sides to see and evaluate potential threats. They have to as their lives depend on it.

Taken to another level this situational awareness can also be applied to our automobile and boating experiences.

In the mid-1920’s railway companies in Japan developed a technique they call “shisha kanko”. Translated to English it means “pointing and calling”. The technique has helped reduce errors, lack of focus, and in the end, mistakes and accidents. As well, it helps with situational awareness, knowing where you are and what is taking place around you.

It works simply. For every sign and crossing and other important element along the track of the train the operator physically points at the object and states what it is out loud. For example, if the operator is approaching a crossing they would point and say “Crossing” with its identifying information.

Yes, it sounds a bit outrageous, and perhaps overkill if not a bit of an impossibility when translated to situations where you need to continue guiding the vehicle or boat on its course. And it probably sounds a bit silly when you think about it and think about putting it into practise.

But, in 1994 the Japan Industrial Safety and Health Association undertook a study to determine the effectiveness of “shisha kanko”. Workers were first asked to perform a simple task as they normally would without any changes or modifications, and they determined that the error rate was 2.38 per cent.

Of course, we cannot put the full act of pointing and calling into practise in the real world of boats, motorcycles, and automobiles. However, we can use a modified approach to reinforce situations and information that can become critical.

For example, when driving, if we pay attention to potential hazards and either call them out or force ourselves to make a mental note, we will be more aware of them, and remain attuned to the road. For motorcyclists, this becomes a defence mechanism when they also assume that everyone and everything else on the road is out to hurt them.

In a boat, it is even easier and more relaxed, but just as important.  Using some form of this technique every time you pass a navigation aid, either on the water or on shore, will help indelibly link your location in your mind. On open water, setting pre-determined calling points and then calling them out, can do the same thing.

On crowded waterways and in harbours, when you become used to the exercise, it will help you keep track of other moving vessels, objects, and dangers that surround you and help you avoid those situations that become accidental bumps and errors of judgement.

Of course, we all hope that we will never need the information that we temporarily enter into our heads as we are conducting this exercise, but it is handy to know we have it if we ever need it.