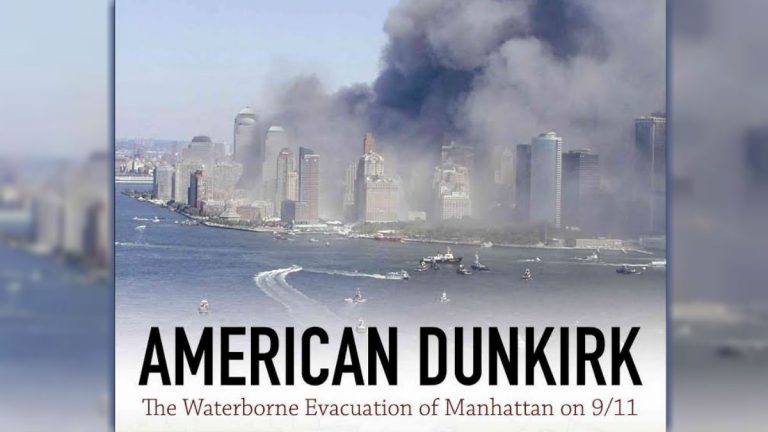 The largest maritime rescue in history occurred just 16 years ago today on September 11th, 2001 around the shores of Manhattan. In a short 9 hour period, over 50,000 people were evacuated by water from the shores of downtown Manhattan.  The rescue was larger than the rescue at Dunkirk in 1914 when forces were trapped between the sea and Hitler’s army.
When a terrorist attack hit the World Trade Centre towers, the bridges in and out of Manhattan were closed. The airports were in lockdown within minutes. The only way off the heavily populated island was by water.
There was never any anticipation that Manhattan would need to be evacuated, so there was no official plan or strategy. However, on that fateful day, an unofficial and uncoordinated marine rescue that would later turn out to the the largest in history would occur.
Power Boating Canada remembers and honours all of the heros who voluntarily enrolled their private boats, their water taxi’s, their dinner cruise boats, and their private yachts, as well as all of the captain’s of the various ferries, and the coast guard vessels.
We remember. We will never forget.
To learn more, read https://whyy.org/articles/delaware-researchers-pen-book-on-historic-911-boat-rescue/