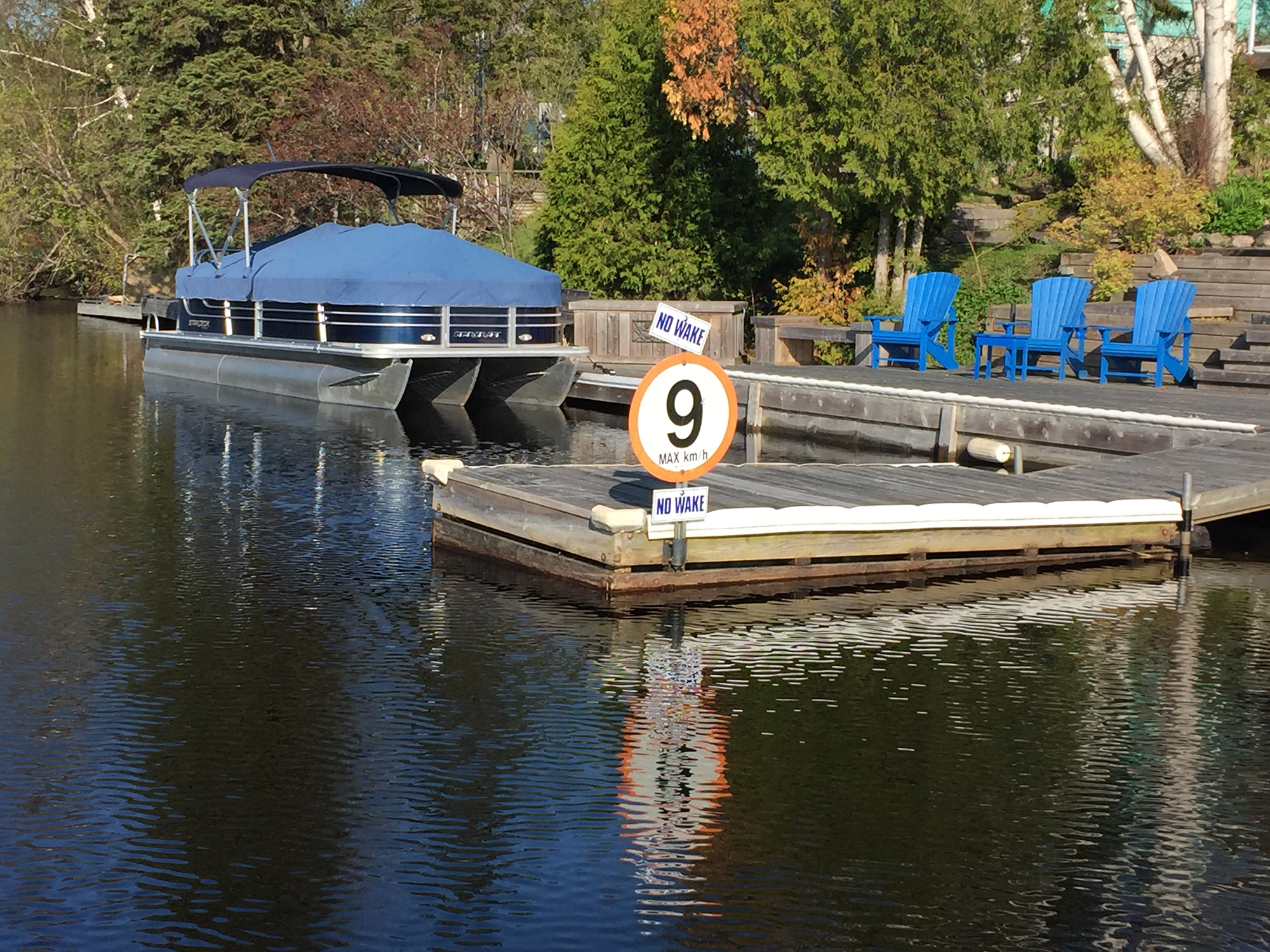 Slow Down, Bow Down: control your wake!

Operating a boat with a throttle requires more than just skill. You must also be a responsible skipper who understands that poor judgement can negatively impact other boaters, property and the environment.

When an operator brings a boat into a confined area such as a marina, attention is often given more to what is in front of the boat than behind it. Everyone knows to slow down in these confined spaces, but some boats generate large, damaging wakes even at a slow speed. In Canada, boating regulations state that operators must slow down to 10 km/h when operating within 30 metres (approximately 100 feet) of shore. In a marina, we often see Dead Slow and No Wake signs, but this doesn’t always result in compliance. Way too often, I see boats coming into marinas bow-high and dragging a damaging wake, even though they may have throttled back and believe to be following Canadian speed regulations.

Not all boats generate wakes equally. Wake is generated by the hull, not the propeller. The bigger the boat, the bigger the wake. Speed certainly plays a factor, even when the boat is riding flat at 1000 rpm or less.  Best advice I can give here is to repeat what I have said in earlier columns – know your boat.

Common complaints by boaters is that their speedometer is marked in MPH, isn’t accurate, or they don’t have one. This is simply not a valid excuse. Slow down, level out, look behind you. When in doubt, operate at idle-speed.

On larger twin-engine boats over 50 ft, even idle speed can generate a wake. If this is your case, shift into neutral for a few seconds at a time to keep the speed down.

Its a pet-peeve of mine that too many skippers are unaware of what is happening behind their boat, which is why I always emphasise the need for 360-degree situational awareness. Perform shoulder checks and work the throttle(s) accordingly. This also applies to operating in open water and your proximity to other boats, especially non-powered craft like canoes and stand-up paddle boards. Always keep a safe distance – it’s the law.