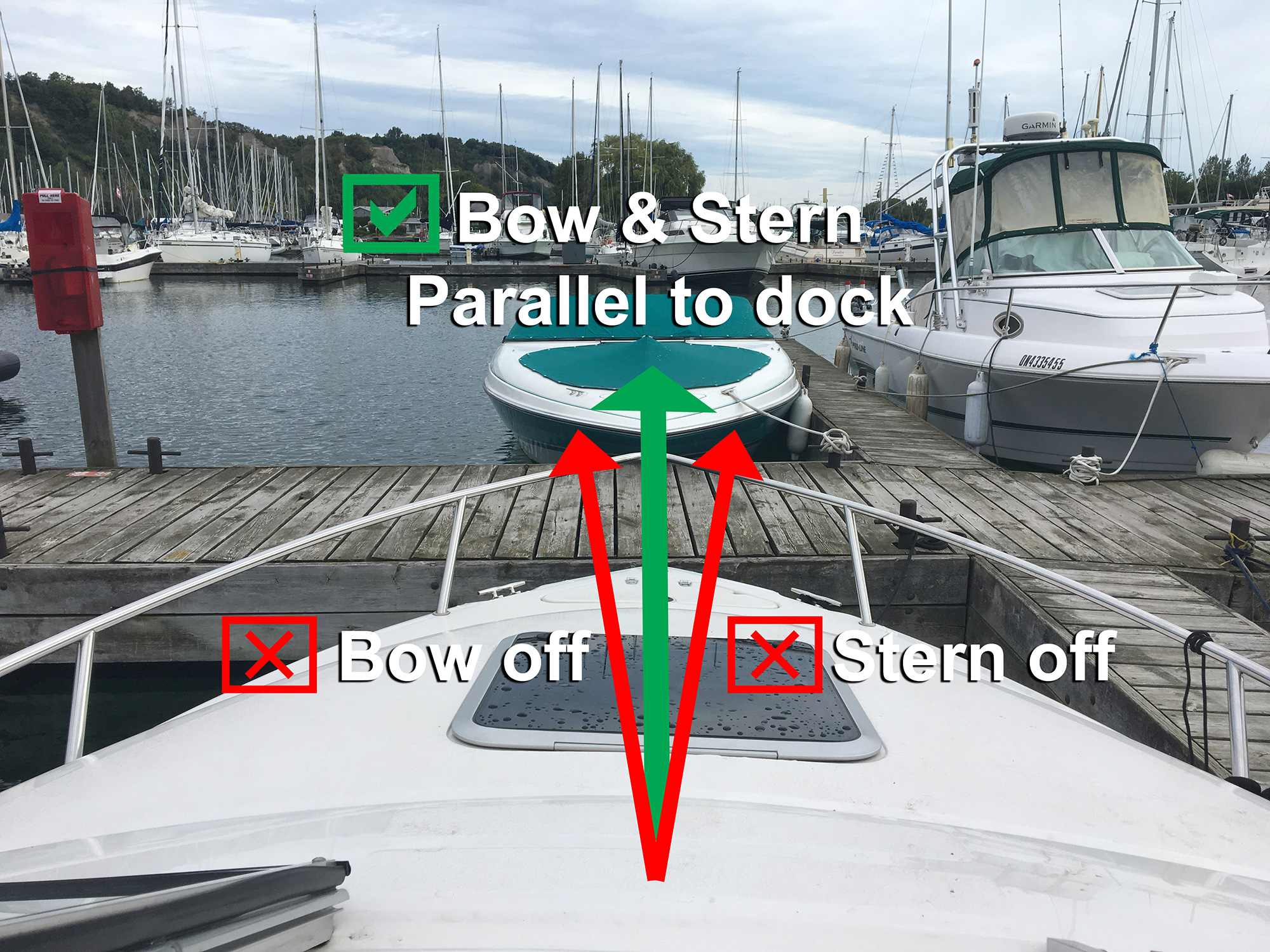 How to avoid it and dock better

How often have you had everything lined up perfectly on a final approach to the dock only to lose it at the last moment? If the bow got away on you, it may have been the result of over-steering and not the wind, as some may think. The thing about over-steering during docking maneuvers is it often goes unnoticed until its too late and you aren’t lined up correctly.

Over-steering often occurs when we turn our full attention away from the bow following a turn (or a twist, as I like to call it) and don’t realize the bow is still turning. Since docking is a step-by-step process, its important to always be paying attention to both ends of the boat during (and after) each and every step.

But before we take a closer look at this, let’s first re-visit the basics of side-on docking for single engine boats:

A power boat’s bow is lighter than its stern and this makes it susceptible to carrying momentum through a turn longer than you may have expected. Far too often, I see skippers at the helm with the mindset of driving a car and too much power is being used. Too much power can quickly generate too much momentum. I like to emphasise the importance of slowing things down when docking a boat, avoid using power if it isn’t needed, and to stop any turning motion before attempting to come straight in.

There are two easy methods to choose from when taking the turn out of the bow on a single engine boat:

Most slips require that we make a turn before we come into the slip. Again, it is important to take the turn out of the bow before committing all the way in. It can help to have something at the back of the slip to line up on, such as a power pedestal or cleat. Don’t let the bow turn past it as you come to a stop.

Stern-in approaches typically require that you stop in front of your open slip and begin a standing turn until you have the angle to come straight in. Before reversing in, take a quick look to the bow and be certain to stop any turning action up front before backing up.

Don’t forget to maintain a 360-degree awareness of what is happening during your maneuvers and know whether the bow (or stern) is still turning after you have achieved the desired angle of approach. If it is drifting, make the correction to stop the turn before attempting a straight-line in.  As always, know when to abort and try again.