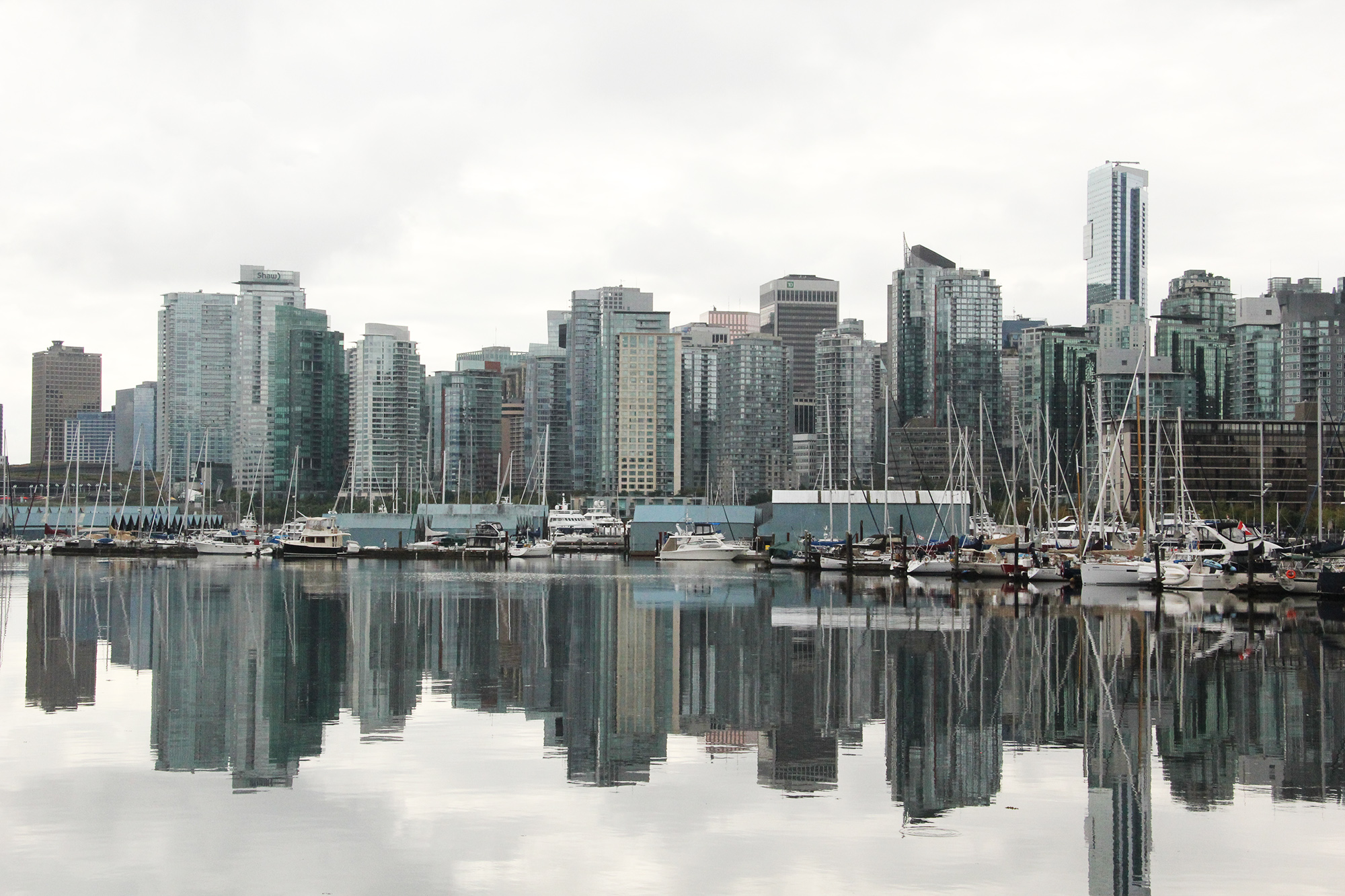 By land and by sea, there’s so much to do.

One of my favourite memories of Vancouver is the view from a small campground near the base of the Lions Gate Bridge, on the western shore. I was taking extra university courses to complete my degree. The location was perfect. Back in the day, if you had to take summer courses, Vancouver was definitely the place to do it. The spot was very quiet, an out-of-the-way part of the city, a great place to read and study. Behind it ran the Capilano River, and a short distance away were the rolling waters of Burrard Inlet. While I was negotiating the city traffic on my way to the university, my wife and the kids would take the long walk across the bridge to play and relax among the magnificent trees of Stanley Park, that is, if relaxing with three small kids is possible.

It was 1792, when British Captain George Vancouver came ashore from his ship and explored the area where Vancouver is presently located. But it wasn’t until 1808 when Simon Fraser became the first European to arrive in the area by an overland route. The population did not grow much for several years. The big trees drew lumbermen and some mills began to develop the forestry industry. When news of the discovery of gold in the Thompson River leaked out in 1857, there was a great influx of people lusting for gold. Most of the people came from south of the border, and there was great concern that British Columbia might unite with the United States. This was a real concern, and the worry increased with the concept of Manifest Destiny in the USA. Thanks to Sir John A. Macdonald’s efforts a railway reached the west coast and the first train arrived in 1887. It was a bold, expensive project, but it held together the lands that created Canada. The engine that pulled the first transcontinental passenger train into Vancouver in 1887 continued to work until 1945. It was retired, and allowed to rust away until it was rescued, restored and placed in a covered centre at Yaletown, in the Roundhouse Community Arts and Recreation Centre. This is a great place to come and see a piece of history of the building of the railway.

Vancouver has grown a lot since its’ founding days  Today, there are countless marinas in and around the area where you can visit for a day, tie up for a few nights as a transient boater, or even live aboard your boat – all within easy access of both the big city and the beautiful waterways.  If you’ve arrived by land or air without your own boat, boat rentals are available at some of the nearby marinas.

To say that the scenery in the Vancouver area is spectacular would be an understatement. Is there anyone who does not associate the trees of Stanley Park with Vancouver? The giant trees were one of the things that impressed the original Spanish explorers in 1791 when they were claiming land for Spain.

Stanley Park is now a 400-hectare National Historic Site and known far and wide. The hiking trails wind through the forest, and many offer great views along the coast. You are advised to stay on the trails near the coast because of the dangerous drop-offs. A scenic vehicle route circles the park, and visitors can ride on the Stanley Park Shuttle – one of the great ways to view the park. You can hop on and off along the way to explore the many spectacular sites along the route. A few romantics may choose to hire one of the horse drawn carriages to enjoy a comfortable, ambling pace through the park.

The 28 km Seaside Greenery trail is a long, uninterrupted path along the harbour front, with 9 km in Stanley Park. For safety purposes, it is divided with special lanes for bikers and walkers. 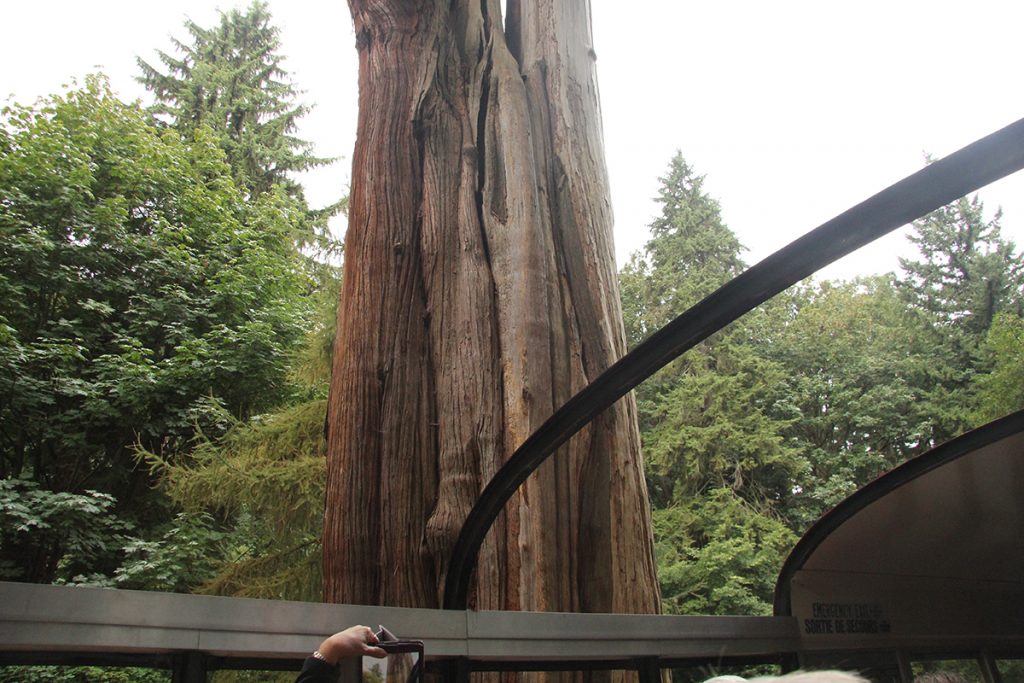 Stanley Park is also home to the Vancouver Aquarium, where you can see thousands of creatures. This is one of the park’s biggest attractions. Some of the larger pools feature whales and dolphins. If the crazy, fun-filled antics of the sea otters don’t make you laugh, then watch them again. The aquarium has a variety of theme exhibits and you can learn a lot in the Treasure of the BC Coast Gallery, where you can see the octopus and many other animals that the frequent the local waters.

Aboriginal people have lived in this area for about 10,000 years. The Brockton Point Visitor Centre invites people to see the traditional land of the Coast Salish. The completion of the entrance gate in 2008, designed by a Coast Salish member, is a vibrant illustration of their art. The totem poles here are one of the park’s most visited sites. After the 2006 wind storm, several pieces of the broken trees were offered to the first nations artisans for making canoes, or beams for their buildings, or even to carve into ceremonial pieces.

There are many ways to explore the beautiful area surrounding Vancouver. Tour ships make frequent visits to Vancouver bringing thousands of visitors to the city. It’s also the place to embark on a trip by ship north along Canada’s Inside Passage. Holland America Line has some great cruises, ranging 7-14 days in length, from Vancouver to the fjords and glacial bays of the Alaskan coast. 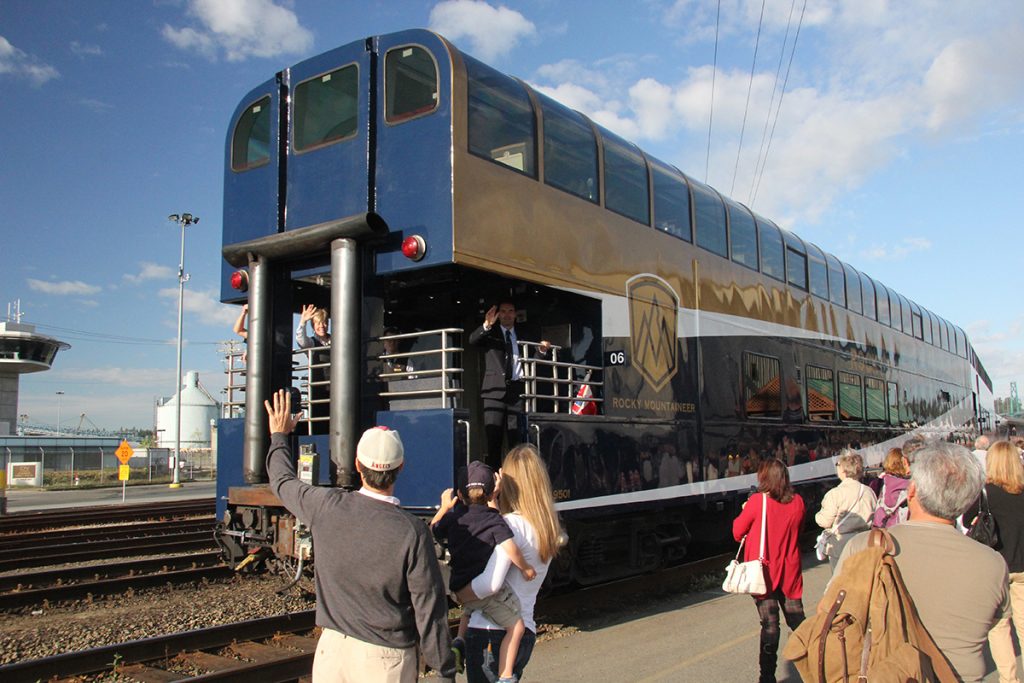 If you would like to sample the world’s best in train rides, Vancouver is a terminal for the Rocky Mountaineer Train. From Vancouver, you can go to Whistler, and on to Jasper, or instead go directly to Banff from Vancouver. On any of their trips, you will only travel by daylight, thus ensuring that you will see the best scenery the mountains have to offer.

Vancouver is a major international port as well. The waterfront bustles every day with activity as ships unload cargo, and others load up products made in Canada to take to faraway places. There are always several ships anchored out from shore waiting their turn in port. 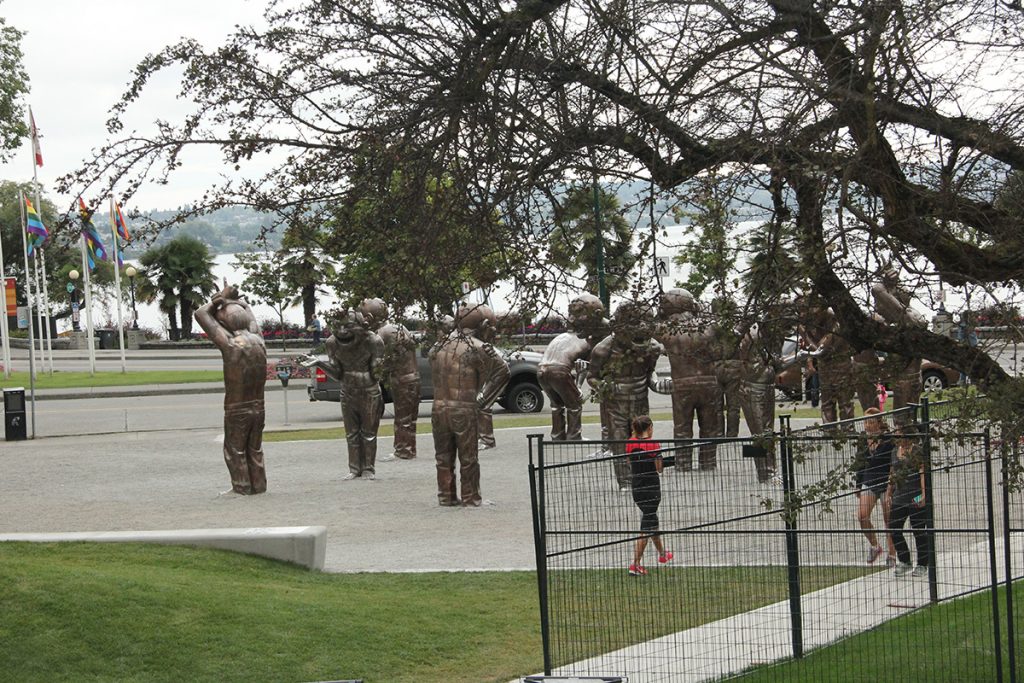 The City of Vancouver has become famous as a location for major movies. The city is often a used as a “stand-in” for other worldly cities, such as the City of Los Angeles when it was overrun by rampaging apes in ‘Planet of the Apes’, or the City of Chicago in ‘I Robot.” For producers looking for the sea and mountain shots, this location is perfect. The “Sea to Sky Highway” to Whistler, is a beautiful drive on a route that is sometimes perched on a cliff ledge – you can look over the magnificent blue of Howe Sound while the glacier clad peaks hang above you.

For something different, you should plan a visit to Granville Island, home to more than 300 businesses, marinas, fish-mongers, studios and cultural facilities. The public market is open seven days a week from 9am to 7pm and no visit to Vancouver is truly complete without spending at least part of a day here.  Want to know what the locals do when it’s play time? They head to Grouse Mountain. At the mountain, a short drive from downtown, take the cable car for an eight-minute trip up the mountain and see all the city’s secrets from high above. What a great view of matchless scenery you have as you ride to the 1,250-metre level. Once on top, visit the theatre to learn about the wildlife that lives here, caught on film for everyone to enjoy. For a little more activity, join in the guided walk for 45 minutes and see the varied plants and animals that live up on the high plateau.

The Grouse Mountain area also offers another mode of travel – zipline excitement! Are you game for a 5-line trip taking about 2 hours?  It should keep the adrenaline level high as you reach 80 km/hr, whizzing along above the forest, up to 70 metres above the ground!

Want to get a little higher? How about a cosy tandem paragliding flight right off the Grouse Mountain Peak? Imagine the thrill of being part of a quiet glide over the mountains, along the edge of the sea, and the city skyscrapers. You can take to the skies to feel, for a little while, like a soaring bird that owns the air and all the space around it.

Right in town you can find the Capilano Suspension Bridge Park. The highlight is the suspension bridge, which is 137 metres long, and 70 metres high. The bridge has been a Vancouver landmark since 1889, and has been rebuilt several times. The park now includes the Cliffwalk along the canyon of the Capilano River, including several stairs and narrow bridges that pass through the rainforest. It is recommended only for those with good nerves. There is also a Treetop Adventure that uses several suspension bridges fastened to the old mature trees.

When you are wandering downtown you may come to the Gastown Steam Clock. If you are in a tour group, it’s very likely you will stop there. It’s not very old, and supposedly represents the successful end to a fight to run a downtown freeway through the area. It looks like a giant grandfather clock and whistles Westminster Chimes on the quarter hour.

At first glance, Vancouver may seem like just another city. But what a city! What other Canadian city offers the blue ocean backdropped by snowclad mountains in such close proximity. There are so many things to do in Vancouver, from boating, to sailing, to hiking, to skiing, to fine dining.  By land or by sea, visit soon, you won’t be disappointed!

Marinas In the Vancouver Area:

Diving in With Serge Leclerc