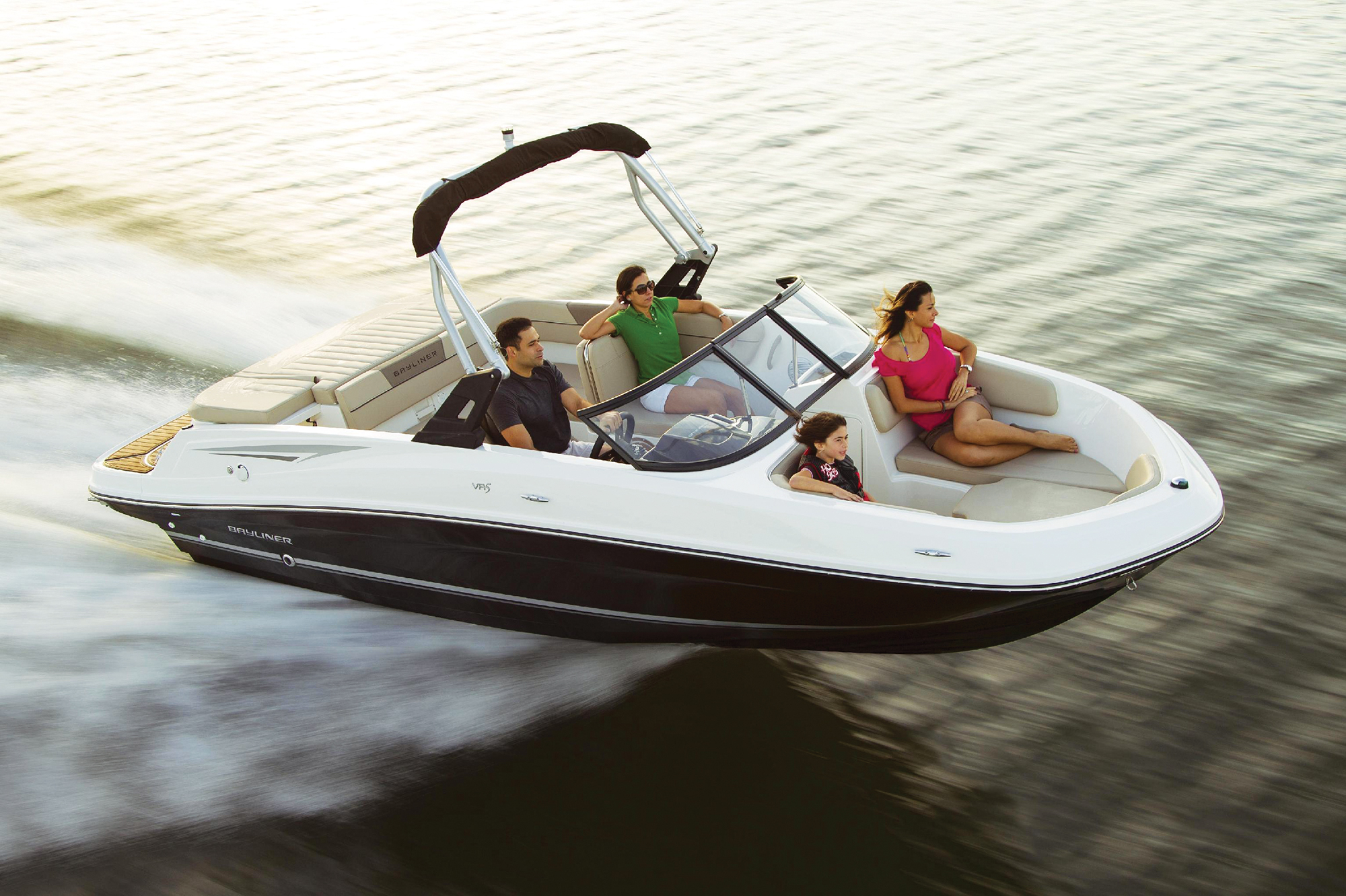 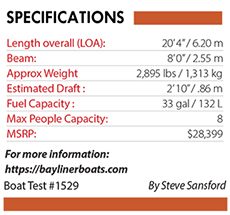 The new Bayliner VR5 model, with a length of just over 20 feet and an eight-foot beam, is not a large boat. But thanks to Bayliner’s innovative design, they claim this model has the interior space equivalent of a competitors model two feet longer.
They call it BeamForward™. The full eight-foot beam is carried as far forward as possible, opening up the bow area to create a seating space that’s quite large for a 20-foot boat. At the opposite end, AftAdvantage™ extends the cockpit right to the end of the running surface — the swim platform is then extended beyond. The result is a 20-foot bowrider with an impressive amount of interior space.
The base VR5 is well-equipped, like most Bayliner models, with seating for three in the bow. The captain is treated to a bucket seat facing a well laid out and functional helm. The companion has a forward facing seat with an adjustable backrest that hinges forward to create a rear-facing lounger. The remainder of the cockpit seating wraps around and across the aft of the cockpit. There’s a walkway to the swim platform on the starboard side covered by a flip-up cushion that, when down, extends the sun pad full beam.
As Bayliner is part of the larger Brunswick Corporation, power options are limited to Mercury products, but there are several options. First, the VR5 can be ordered in either outboard or sterndrive configurations. In the former setup, standard power is a 115-horsepower Mercury FourStroke, with an optional 150-horsepower model.
Alternatively, the VR5 can also be equipped with Mercury Marine’s excellent 4.5-litre MPI engine in 200 or 250 horsepower ratings. The most interesting choice is the 2.0-liter, GS QSD diesel engine with 170 horsepower and paired with an Alpha One stern drive.
By Steve Sansford