The King of Offshore – The Reggie Fountain Story 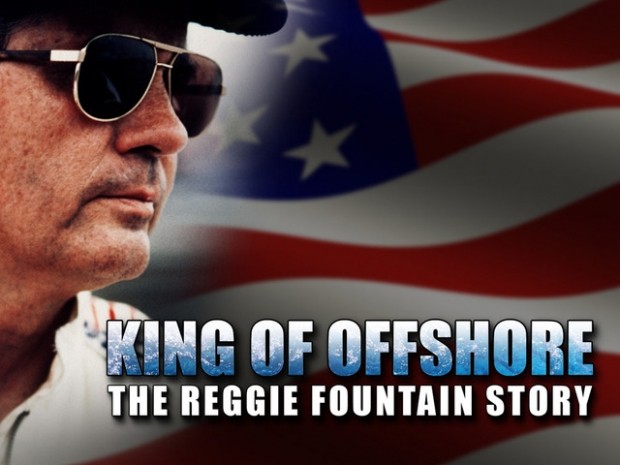 ‘King of Offshore’ is the definitive story of powerboat racing legend and world renowned boat builder Reggie Fountain.
From his boyhood days of chasing fishermen on North Carolina’s Tar River through his rise to creating a global powerboat empire, King of Offshore is the definitive story of powerboat racing legend and world renowned boat builder Reggie Fountain.
Told by Reggie and the men who were there, King Of Offshore documents all the high speed action, danger and behind the scenes drama that made offshore racing the “original extreme” sport.
The program features never before published footage from the personal archives of Reggie Fountain, Earl Bentz and Bill Seebold, known as the Fearsome Threesome of Mercury Marine’s original “Black Angels” racing team. King of Offshore follows the evolution of today’s 200 mph race boats from the early days of Karl Kiekhaefer’s  experimental Mercury outboard engines to the father of high performance V-bottom boats, Don Aronow and the mantle of performance passed on to Reggie Fountain.
King of Offshore is the most comprehensive visual history and narrative of modern offshore racing produced to date.  King of Offshore combines an extensive array of historical footage from the early days of offshore racing in a chronological narrative with one-on-one interviews with the men that influenced the performance boat industry throughout the years. The one hour documentary program is targeted to be broadcast on a national sports network in March, 2015.
This program is more than just a television documentary. It’s an opportunity for fans and high speed boating enthusiasts and companies  to become a part of the story. The producers have launched a Kickstarter page that provides various opportunities to receive a personalized autographed copy of the BlueRay version of the program up to discounted national commercial exposure for your business through a national sports network reaching over 40 million households in the US.
Check out the King of Offshore..Reggie Fountain Story Kickstarter and learn more about this once in a lifetime opportunities to be a part of Offshore Racing History.
For more information visit https://www.kickstarter.com/projects/1224199093/king-of-offshore-the-reggie-fountain-story