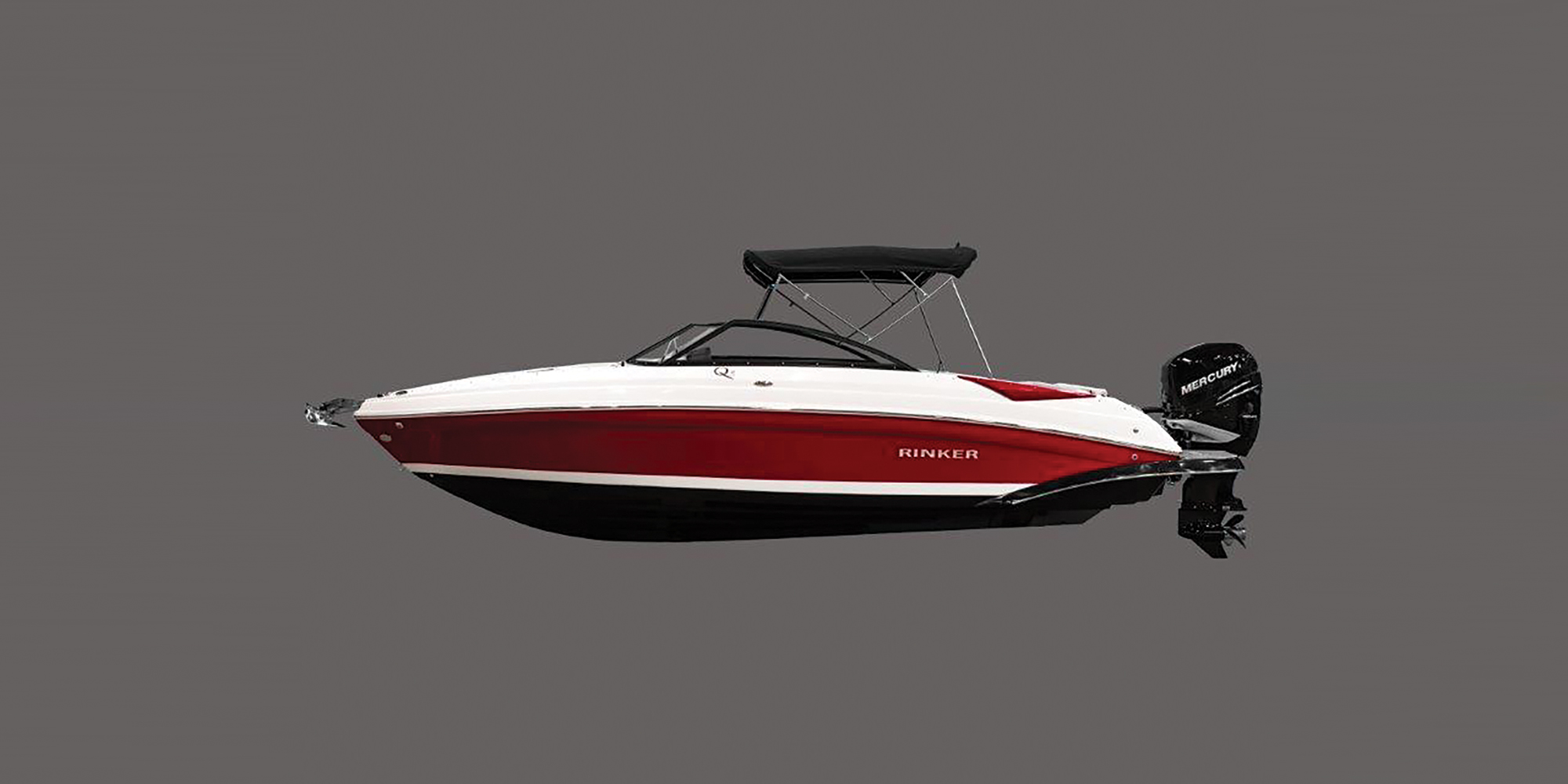 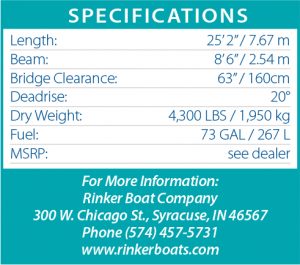 Hot Tub-style seating is not a term I’ve ever come across until I was reading up on Rinker’s new Q5 0B for this test. It’s the term they used to describe the deep seating in the bow of the Q5. Upon seeing the Q5 0B, the analogy is clear. The bow seats are quite deeper than your average boat, making the new Rinker more suitable for families with young children.
The extra deep cockpit design is evident in other areas of the boat as well. The helm is tall and broad, with well-spaced out controls. A Simrad multifunction display with chartplotter is standard. As is the digital depth gauge and hydraulic steering with a tilting wheel.
The port side console is equally large and contains a head compartment equipped with a porta-potty. An optional pump out toilet can be ordered.
The aft section of the cockpit is wrapped with seating, save for a walk-through to the swim platform on the port side.
Power options for the Rinker Q50B start at 250hp. Rinker claims the original design called for a 350hp engine, but prototype tests showed such a great performance with 300, that the 350 option had to be dropped from the order sheet.
If the 300 HP outbound is on your shop-ping list, and it should be, you’ll want to look at the Captain’s Choice Package. Rinker says it’s for “the boating enthusiast.” It includes most of the popular options including Maine Mat flooring, Kicker amp and sub upgrade, wakeboard tower, bow filler cushions, swim lights and more.
There are not a lot of other options for the Q50B outside those included in the Captain’s Choice Package, and there doesn’t need to be. Rinker outfits the standard package with much of what you need or want in a boat of this size. It’s a big, deep bowrider with plenty of room and solid performance.
By Steve Sansford

A Show Stopper! An in-depth look at Formula’s 500 SSC