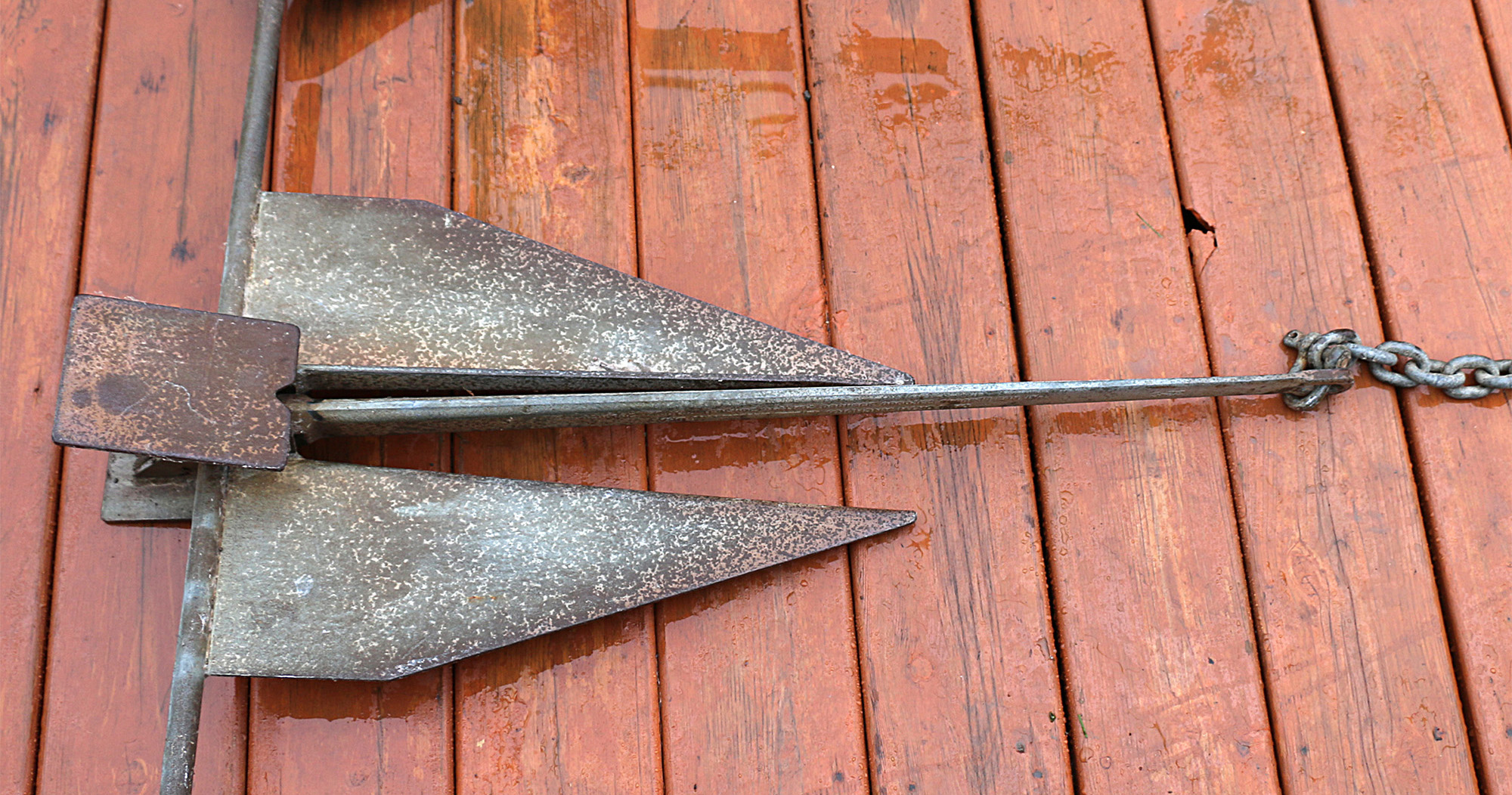 We’ve all seen it happen. A boat arrives in an anchorage, the anchor is set, and a short time later the boat is visibly changing location. I admit that I once woke up in the morning and found myself in a slightly different place than I was when I went to sleep. One time a storm came up when I had another boat tied alongside and it was like I wasn’t anchored at all, forcing some quick and viciously wet remedial action.
In a previous column I covered the correct anchoring technique, recommended rode combination of rope and chain and also the recommended rode to water depth ratio.
But, what about the anchor itself? How much of a role does it play in the anchoring equation? Can one anchor actually outperform another in certain circumstances?
The answer of course is “yes.” The holding power of an anchor is a combination of its weight and its ability to either dig into the bottom or hook something else immovable.
Decades ago there were only a very few anchor choices, but since the recreational boating boom began there have been many more anchors introduced to the boating public. A well supplied catalogue can have a confusing array of anchors, sizes and weights as well as several materials to choose among.

Where do you start?

Traditional anchors were large and heavy with a shaft that pivoted on a pair of flukes. Attached to a heavy and long chain they relied primarily on weight to keep a ship in place. Their design allowed them to stow compactly against a ship’s hull.
A second traditional design consisted of a U-shaped component with flukes at each end attached to a long shaft with a bar at the top to help tip the anchor so one of the flukes dug into the bottom. Again, weight and a heavy chain were the prime holding considerations. These anchors are often known by their proper names such as Kedge, Hereshoff, Fisherman, Yachtsman, Navy and Admiralty Pattern. Modern recreational boat anchors developed from these designs.

One of the first and most popular designs was the Danforth or Fluke anchor. This anchor lands on the bottom, flat on its side. A rod stock extends on both sides of its flukes to keep it from rotating end over end and the flat angled crown pieces keep the flukes in position to dig into the bottom. The anchor gradually buries itself, and is usually set by reversing the boat slightly until it digs into the bottom. It sets well in soft or clay bottoms.
This anchor can come undone if there is a large shift in the direction of the pull of the boat. It can also have trouble catching in a rocky bottom and can clog on a weedy bottom. It can reset itself if pulled out.

The other popular modern anchor is the plow, or CQR. It generally lands on its side but when it is pulled by reversing slowly, it will right itself and gradually dig into the bottom and then holds well. Because it swivels horizontally on a hinged shaft, it resists pulling out when the direction of pull changes slightly. The CQR is a robust anchor often chosen by blue water cruisers as a storm anchor.
Both the fluke anchor and the plow anchor will generally hold well in most situations encountered by recreational boaters.
There are variations on these designs, some with no swiveling parts, such as the Bruce, Delta and Claw anchors. Many were developed for specific purposes – such as the Claw which was designed to hold oil rigs in place – but also work well for smaller boats. However, most of these take up more space and are awkward and difficult to store on smaller boats.

Rocky bottoms will require a different type of anchor. A Grapnel anchor, with four flukes rising at 90 degrees from each other from a center stem is generally the best for rocks, coral and weeds. The anchor is designed so that one of more flukes can hook onto something on the bottom and hold the boat in place. There are folding models and some that can be dismantled as they are generally not useful for serious anchoring unless the bottom can be hooked. A small folding grapnel anchor is a useful short-term dinghy anchor because it doesn’t take up much space.

If you are looking for an anchor to hold a mooring in your bay, your best bet is a Mushroom anchor. They rely on their weight to sink into the bottom. They are not generally good for a lunch time anchor or overnight anchoring because they can take time to sink and bury themselves in the bottom. But once they are buried well into the bottom, they have an extremely powerful holding ability.
Most of the popular anchors today come in a variety of materials and finishes from lightweight aluminum, to shiny and expensive stainless steel, to galvanized mild steel. Any one of these materials will work as long as they are correctly sized to your boat based on their weight and size. It is really the boater’s choice when it comes to manufactured material finish. Just make sure your anchor has enough holding power for your size of boat.
Since a ready anchor can save you in an emergency or provide a pleasurable day or overnight stay, choose yours with care and consideration of the type of bottom you could be facing. While one anchor is mandated safety equipment on board most boats, it doesn’t hurt to have a variety as space permits.
By Mark King