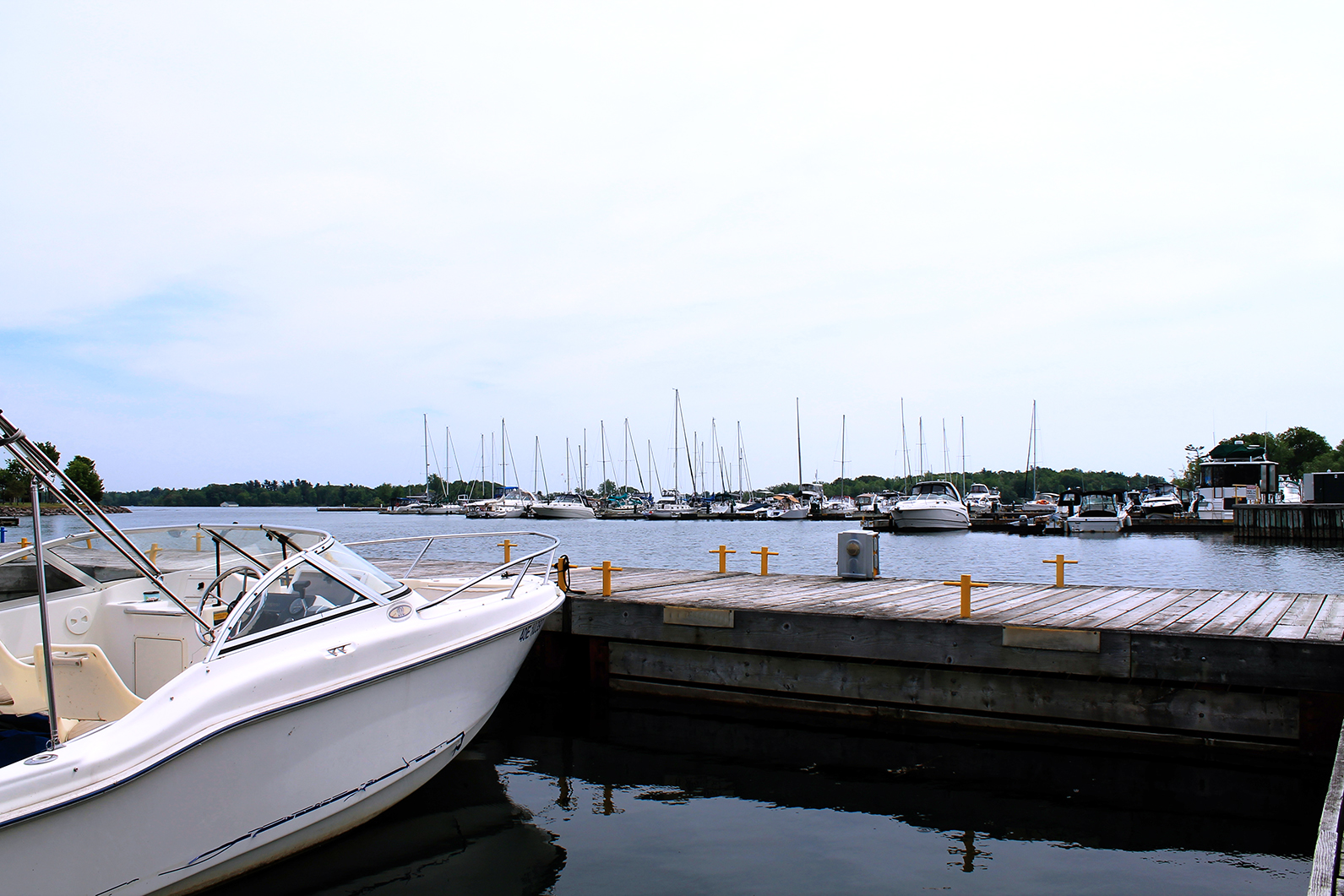 It is readily available, but what does it mean?

In 1999, when the government of Canada announced that the Pleasure Craft Operator’s Card program was going to be implemented, it included in its knowledge requirements various items about the weather.

As strange as it all seems now, there were no such things as “apps” and instant weather information available on your smart phone, your navigation equipment, your laptop, or your work pads. In fact, in 1999 many people were still sporting flip phones and laptops were still a novelty, expensive, and didn’t do very much.

Acquiring weather information meant listening to the radio, picking up a newspaper, listening to a marine broadcast by the Coast Guard or, if you had paid for the cable station, watching the weather channel. And then we had to interpret what we were hearing.

Admittedly, it was a big improvement a stick hung outside the teepee, but today  just 15 years later, it all seems so strangely archaic.

Today, we are bombarded with information, including weather, so we seldom have to go out of our way to acquire the latest forecast. But, has all this added to our understanding? While we might know that the barometer is falling and the winds are picking up, do we understand what this means to us as we climb on board our boats? Further, while we rely on our electronic devices to give us a heads-up on the weather, would we know what’s coming if our devices failed in an emergency?

The following is a little weather information you should tuck away in case you ever need it. Wind speeds and warnings are required knowledge.

Memorizing these two tables will help you understand what is in the plain language forecasts or the marine broadcasts and it is a good starting point. But there is much more that you should be aware of to help you understand the weather you face while underway.

As navigation developed and mariners moved further away from shore they also took advantage of instruments that aided them. They moved from weather sticks to instruments developed by leading scientists. A barometer is probably the best of these instruments to have on board your board. A barometer, and the ability to read it, can help you predict the weather that you can expect in the coming hours.

Most barometers have some sort of chart on the front that says things like “Fair” and “Stormy” and while the weather may reflect these broad representations, that is not how you read a barometer. Accurate forecasts using a barometer requires a person to actively take readings at defined intervals and record those readings. It is the difference in the readings and the degree of change over time that can tell you what is coming.

For instance, a rapid decline in readings over a short period means a fast-moving storm is approaching. The severity of the storm can be predicted by the amount of drop. Learning how to read a barometer can help you evaluate whether or not you should begin, or continue a trip, and when you should seek shelter from an approaching front.

Many analog instrument packages are available at chandleries with the most popular containing a barometer, a thermometer and a hydrometer. A clock is also useful. As well as understanding how to use basic weather instruments there are few weather tips that boaters can use to help them avoid danger. These are good for large bodies of water and temperate climates. Local conditions may change the indicators such as the actual wind direction so be aware of these.

You can avoid a storm’s center by tracking its movement in relation to your course. Put your back to the wind and point to the left. Within 10 degrees, that is where the storm center lies.

If the storm clouds are to your north or west, you are likely in the path of the storm.

Thunder is nearby if it crashes and bangs, far away if it rumbles. Thunder travels approximately one mile every five seconds or one kilometer every three seconds so you can roughly guess how far away it is by watching for lightning and then counting the seconds until you hear the thunder.

High clouds are associated with weather that is about six hours away. Wispy and white indicate fair weather.

Learning the information provided here can help supplement what you receive from your modern electronic devices and perhaps those in your future. Practicing with it can help you rely less on them and more on your own knowledge.