How Not To Hope 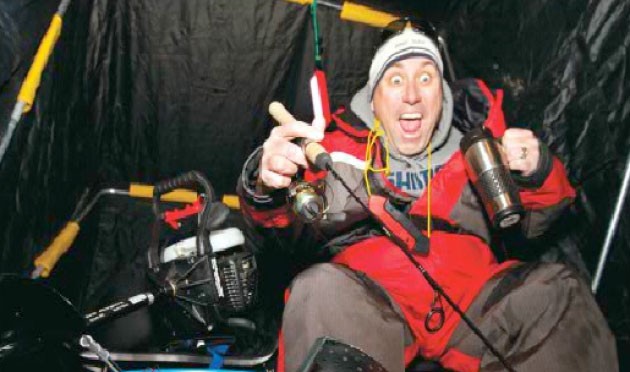 Dave Mercer
from issue 28-1
If you’re a regular reader of this column, you’ve probably caught on to the fact that I’m not really what most people would consider normal.  I mean, don’t worry – I’m not crazy or anything. Well, at least not really crazy. But I often look at things a lot different than most people. Which, hey, if you ask me, is a good thing. But regardless of how crazy I may or may not be, or how strange and different some of my columns may or may not be, this one even makes me raise an eyebrow.

Basically, I’m about to break the entire premise of this magazine. Before I get started, lets think about it. This is Power Boating Canada and I write a fishing column. Those two go together perfectly. I mean people fish out of boats, right? It makes sense! But for this issue I’m going to write an article about fishing that doesn’t involve boats. Depending on how you look at it, it doesn’t really involve water! Well, at least water in its liquid state. By now you’ve probably guessed it. I’m talking about ice fishing. For us anglers, living in the north, we have two choices; get on a plane and fly to the sunny south, or drill a hole through the ice and go fishing on our local lake.  Millions of Canadians enjoy ice fishing every year. As a matter of fact, as strange as it may seem, some anglers actually like ice fishing better than open water fishing.

Regardless whether you love to fish on hard water or soft water, the two have a lot in common. The one glaring difference is mobility. Open water anglers whether they are fishing from a kayak, an aluminum boat or high performance bass boat generally cover a lot of water. I mean, hey, why wouldn’t you? In the dead of summer, a quick boat ride from point to point is a great way to cool down and an even more effective way to find active fish. Unfortunately, for many ice anglers, this is not the case. Many of these hard water anglers get to a spot, drill a hole, and fish there all day long.
Realistically, if this is your approach, you’re not fishing you’re hoping. Don’t get me wrong, there may be days that you catch a bunch of fish. But fish are no different in the winter than they are in the warmer months. They move and successful anglers learn to move with them. Movement for an ice angler really is a relative term. If you are lucky enough to have a snowmobile or ATV that allows you to quickly cover any body of water, your movement really is no different than it would be for an open water angler. For the majority of ice anglers, this is not the case. Most anglers make the trek to their hotspot by foot while pulling their gear behind them in a sleigh. But don’t think just because you’re on foot and are limited to the distance you can cover that you can’t be mobile. Your movement may be limited to a smaller area but can be just as effective.

With that in mind, the most important tool when it comes to ice fishing is a good auger. Whether it’s a power auger or even a hand auger, making sure the blades are sharp and straight is key. The more effective and efficient your auger is, the more likely you are going to drill more holes.  Ice fishing is definitely one of those activities that hard work truly pays off. One of the best ways to do this is to set up a grid or milk run as soon as you get to your area. At the start of any fishing trip, most anglers are excited and full of energy, and that’s a good thing because now is when you put in the work that pays off later. Before ever dropping a line in the water, it is key that you and your buddies work together and drill various holes in different depths of water. The number of holes really depends on the number of anglers. A good starting point would be three holes per angler. So if there are four of you, you will need to drill a minimum of twelve holes. Once these holes are drilled, now is when you can start fishing. It is key that each angler fishes in a different depth within the same area. The reasoning behind this is fairly simple. No different than when you are fishing in the summer months, you are searching for active fish. By pre-drilling the holes, it allows your group of anglers to quickly hone-in on the area that those active fish are living.

For some anglers, the most difficult and unnatural portion of this approach is the obvious need for honesty. Let’s face it; for most anglers, their first instinct is generally not to wave down their buddies as soon as they start catching fish. But trust me, this approach can pay off in a big way. Telling the truth on the water may just save you from having to lie about your results when you get to shore.