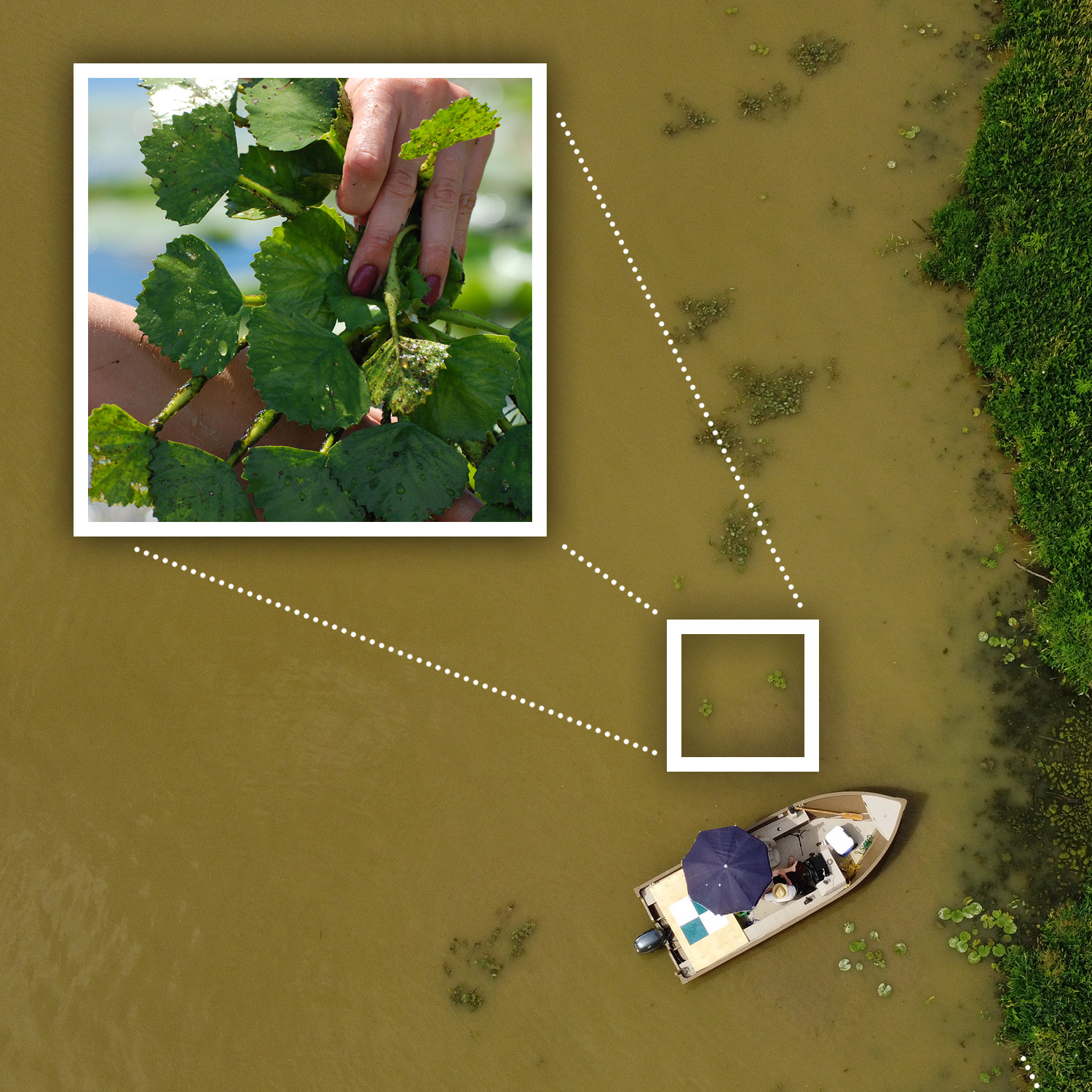 There’s been a flurry of concern along the Welland River this summer. An invasive plant has been found in the waters and communities are sounding the alarm. European water chestnut, now widespread in the northeastern United States, is making its way into Ontario waters.

When water chestnut plants settle in, they create mats on the water’s surface and form barbed seeds that can change the local ecosystem and make swimming and fishing impossible.

“Finding European water chestnut in another region is a major concern,” says Ducks Unlimited Canada (DUC) biologist Kyle Borrowman. “I can’t overstate the difficulty of chasing down invasive species in a large watershed.”

Since 2014, DUC has spot-checked invasive water chestnut at selected sites in the Lake Ontario watershed. The effective approach is to remove each water chestnut plant by hand, year after year, until the last seed has emerged. Hand pulling removes the entire plant, including the seeds that can lie dormant in the river or lake sediment for years.

Borrowman visited the Welland River recently with colleague and drone pilot Mallory Carpenter for an intensive five days of tracking and mapping the invasion. “We were there using a drone survey to identify and map the initial extent of water chestnut in the river. Mallory’s high-resolution images and maps can help local communities thwart the spread.”

Boaters are in a unique position to protect their favourite rivers, lakes and wetlands by taking extra care to clean their equipment. This year, the Province of Ontario imposed regulations on watercraft under the Invasive Species Act. The new rules reflect the heightened potential of watercraft to move aquatic invasive species around the province.

The new regulations require you to ensure that your boat, boating equipment, vehicles and trailers are completely free of all invasive species before you travel, before you reach the launch site, and before you hit the water.

“It’s good to clean the boat every time it comes out of the water, so I took the time to learn how to do it well,” says Borrowman. “It’s where and how you clean your gear that keeps invasive species from following you to the next adventure.”

Borrowman recommends reviewing the Boater’s Action Plan on the provincial website so you know your obligations. Then, if you aren’t already, he recommends you use the “clean, drain, dry” method for your equipment. 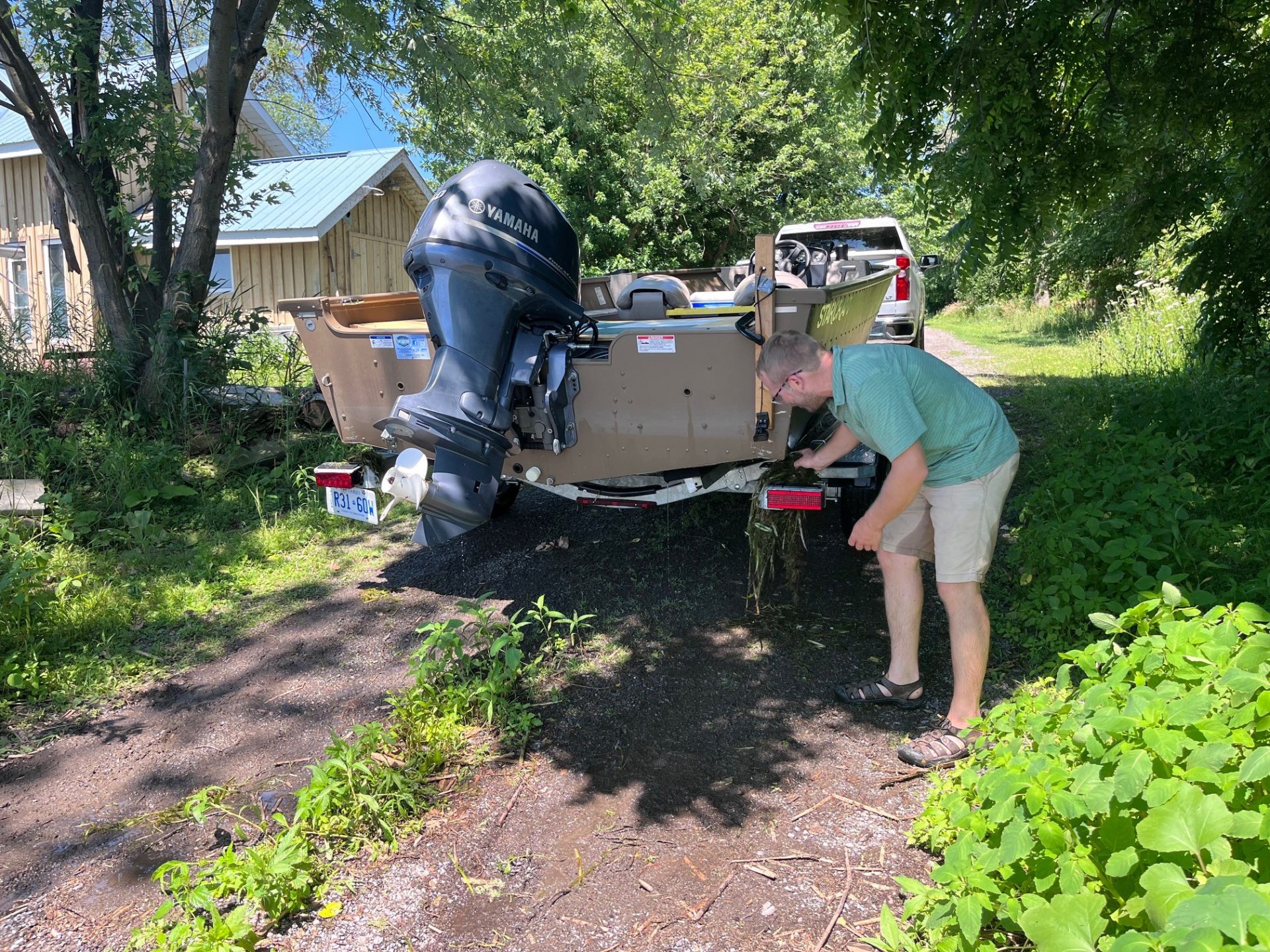 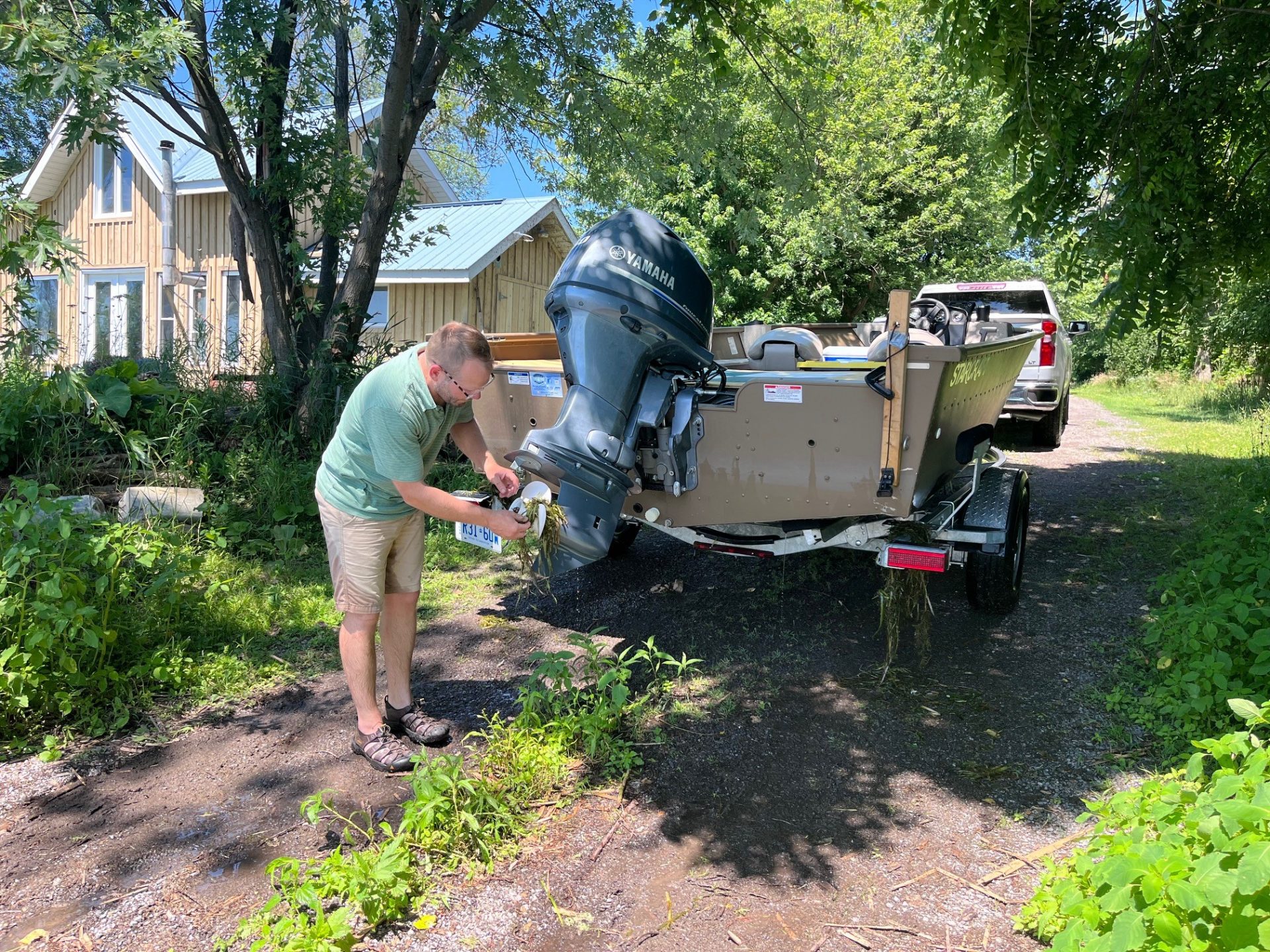 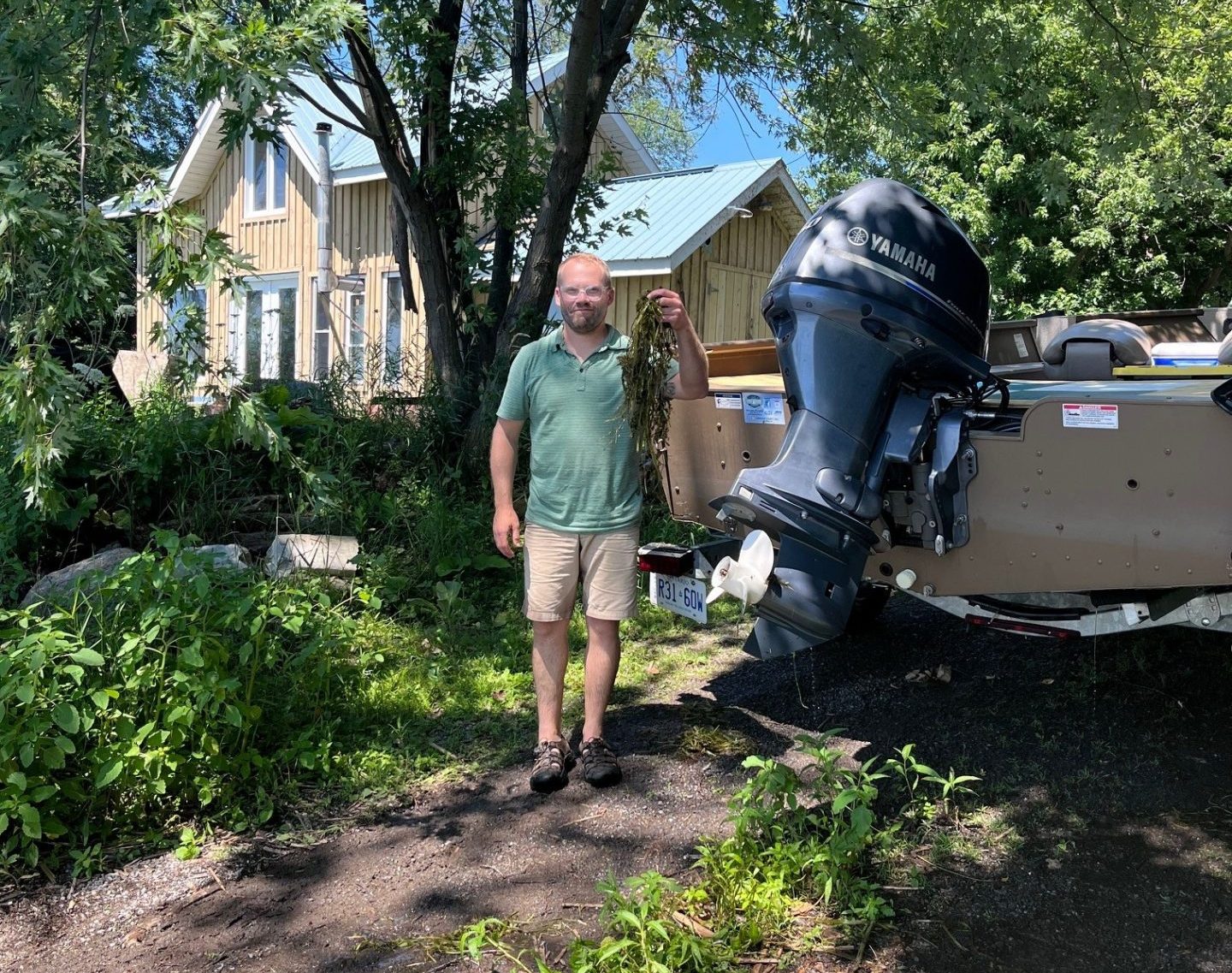 Conservation projects now regularly include the added expense and disturbance of removing invasive aquatic plants from the wetlands and waterways at the site. Ontario’s lakes and waterways hold nearly 20 per cent of the world’s surface fresh water which supports more than 30,000 native wildlife species.

Without question, these beautiful places will be changed forever if we don’t protect them from space invaders like European water chestnut.

Jul 29, 2022
Boating Lifestyle Facts of Fishing Featured Posts Features Fishing* How To How to* Life Style *